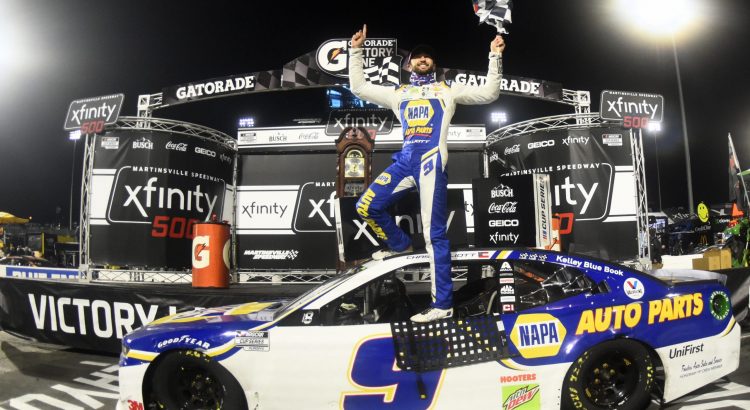 The Cup Series heads back to Martinsville Raceway this week for the Xfinity 500. This will be the last race in the Round of Eight and the last chance for the playoff drivers to clinch a spot in the final four at Phoenix. Kyle Larson won both races in this round so that means there are still three spots up for grabs. Chase Elliott and Denny Hamlin have the easiest path to the Championship Four. Elliott earns a spot with a win or a 15-place finish even if he does not score any Stage points. Hamlin will earn a spot with a win or a 12th place finish even if the No. 11 car does not score any Stage points. Kyle Busch, Ryan Blaney, Martin Truex Jr. and Brad Keselowski are separated by seven points. These drivers will likely battle it out for the last spot. Joey Logano is 26 points behind his competitors, so the No. 22 car will likely need a win to advance to Phoenix. It should be fun to watch. The Xfinity 500 can be seen Sunday at 2 p.m. ET on NBC.

Martinsville Raceway is a unique track. Yes, it is a short, flat track but it is not like New Hampshire, Richmond or Phoenix. Martinsville is a flat, paperclip-shaped track. Horsepower doesn’t mean much this week. This is a driver’s track. Drivers either know how to turn fast laps at Martinsville of they are simply in the way.

Here are the Driver Rankings for the Xfinity 500 …