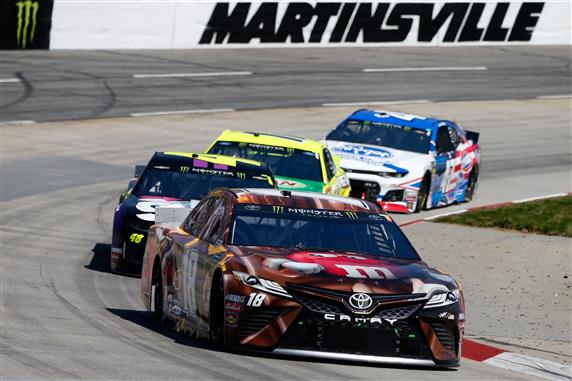 The Cup Series will be back to Wednesday night racing this week with some short-track action under the lights at Martinsville. If a driver has any scores to settle, this is the perfect track to seek payback. There will be some tempers faired on pit road after the race… while keeping a 6’ social distance of course. This should be an exciting race to watch. The Blue-Emu Maximum Pain Relief 500 can be seen Wednesday at 7 p.m. ET on FS1.

Martinsville is a rhythm racetrack. Drivers must be able to get into the gas early off the corners and get into the brakes late on entry. The drivers who can find the perfect rhythm Wednesday night and save their brakes will be at the front when the checkered-flag is waived.

Each week I use different stats in my model to create the best rankings possible to give you an edge on the completion. This week I focused on what happened at Martinsville over the last three seasons. I put some extra emphasis on the two races at the track in 2018 since that is similar to the aero-package that will be used in this race. I also factored in what happened at the short track at Bristol (1/6th of the ranking) since that was the only true short track race this season.

Here are the driver rankings for Martinsville…