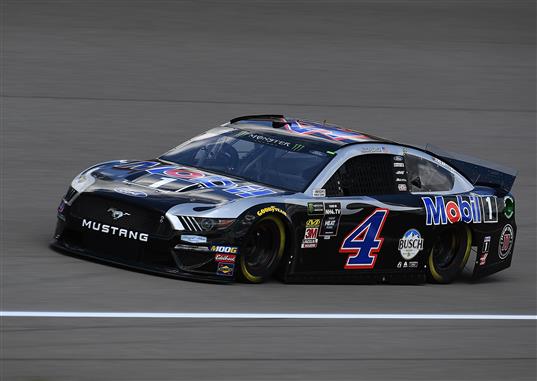 The NASCAR Cup Series will join the Truck Series at Michigan International Speedway this week. This will not be a normal weekend at the 2-mile oval track. NASCAR will have another double-header weekend in the Irish Hills of Michigan. The Cup Series will be on the track Saturday at 4 p.m. ET (NBCSN) for race No. 1 and then the top-20 finishers will be inverted so the cars can race again Sunday at 4:30 p.m. ET (NBCSN). There will be a lot of racing this weekend, so buckle the seatbelt on your couch and get your popcorn ready. It should be fun to watch.

Michigan International Speedway is a 2-mile D-shaped, oval track. It is known as the sister track to Auto Club Speedway, but Michigan has slightly more banking and produces faster speeds.

Kevin Harvick said before the race at Michigan last year, “Unloading with a fast car at Michigan is more important than any track we compete at. There are usually a lot of long green-flag runs so there is not a lot of time on pit road to work on your car. We hold it wide open all around the track so everyone is already trimmed out as much as they can. If you unload well, you are going to have a great day. If you are behind on speed, it is going to be really tough to pass anyone.”

Here are the driver rankings for Michigan…