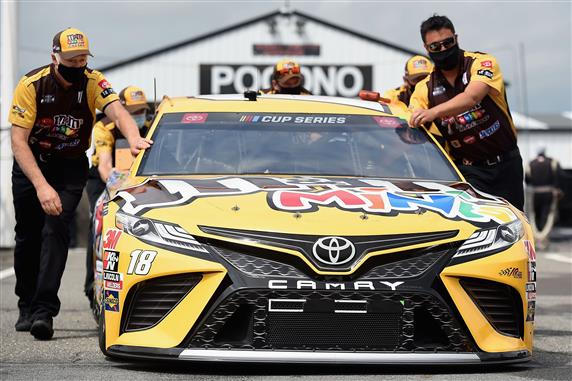 The NASCAR Cup Series will return to Pocono Raceway Sunday to run the third race of the day (The Trucks run in the morning and the Xfinity in the afternoon). Will the sequel be as good as the first race? Will the same drivers finish up front in both races? How will the inversion affect the race? There are a lot of questions that need to be answered. The Pocono 350 can be seen at 4 p.m. on FS1.

The teams will be required to run the same car Sunday that they had on Saturday. Each team will get four hours Saturday evening and four hours Sunday morning to work on the cars but they cannot touch the engine, brakes, radiator, transmission or chassis. Only air pressure, spring adjustments and tape on the grill will be allowed.

The starting lineup will be set by inverting the top 20 finishing positions from Saturday’s race. So the winner (Kevin Harvick) starts 20th and the driver that finished 20th (Ryan Preece) starts on the pole. The drivers who finished in positions 21st -40th start Sunday’s race in the same position they finished the race Saturday.

Here are the driver rankings for Pocono Part 2…