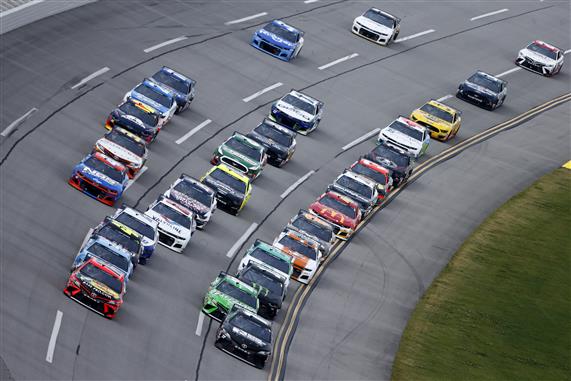 The NASCAR Cup Series will be back to Superspeedway racing this week when the teams travel to Talladega Superspeedway. Eight drivers have made their way to Victory Lane in the first nine races of the 2021 season. There is a good chance that there will be a ninth driver to secure a playoff spot after the race this week. It should be fun to watch. The Geico 500 can be seen Sunday at 2 p.m. ET on FOX.

The narrative around the races on the Superspeedways is that “any driver who starts the race has a good chance to win the race.” That is true, but it does not happen as much as it used too. Four drivers have won all of the races at Talladega in the current aero package. They include: Ryan Blaney (2), Denny Hamlin (1), Joey Logano (1) and Chase Elliott (1). I would not consider any of these driver “long-shots.” I expect one of the favorites to be in Victory Lane again Sunday.

Here are the Driver Rankings for the Geico 500…