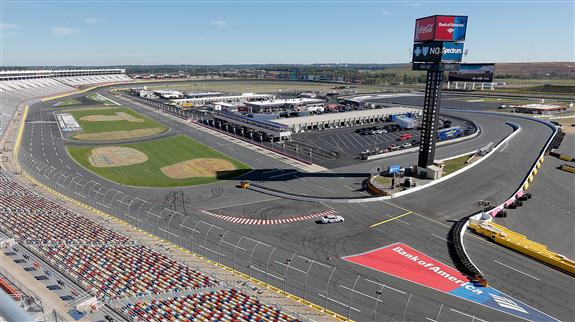 The MENCS Playoffs are flying by as two races are in the books. Now the series will compete at the track everyone has been worried about.. The Charlotte Roval. Teams have practiced getting around the tricky half road-course, half oval track, but no teams have been on the track with other cars. This is either going to be the coolest race NASCAR has had or a complete disaster.  The race this with is Sunday at 1pm ET on NBC.

The NASCAR drivers typically complain that they have too much practice time. That will not be the case this week. The drivers will need all the track time they can get in order to figure out the Roval. There will be one practice Friday (12pm ETNBCSN) and two practices Saturday (11am ET NBC Sports App and 1:30pm ET CNBC). Qualifying will be Friday evening at 4:45pm ET on NBCSN.

My early week pick for the pole is Kyle Busch. It is going to take a skillful driver to figure out this track. I consider Busch to be the most skilled driver in the garage. It is very important for him to win at each track on the schedule and the Roval is the only track he has not been to Victory Lane at. I expect Busch to be very motivated to put on a show Sunday and it will begin with a start from the pole position.

Each week I use different stats in my model to create the best rankings possible to give you an edge on the completion. This week I used the results from the Sonoma, results from Watkins Glenn, Driver Ranking on Road Courses this season, Driver Rankings on Road Courses in their career,  Test Session Speeds at Charlotte and Average Finishing Position in the last 6 races (We want drivers who have momentum) to determine my rankings.

Here are the early week driver rankings for Charlotte…

* I will post my final driver rankings after qualifying Friday evening.