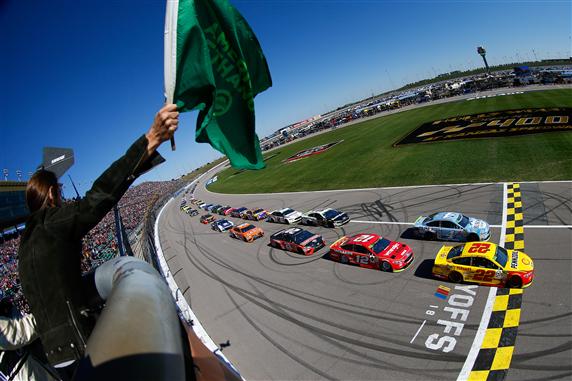 The MENCS will have fewer practices this week since they are cramming all on-track activity into one day. The first practice is Friday at 12:30 p.m. ET (No TV) and final practice will be Friday at 2:30 p.m. ET on FS1.  Qualifying is Friday at 7 p.m. ET (FS1).

My early week pick for the pole is Kevin Harvick. The No. 4 car has a series-best average starting position at Kansas Speedway. He also has been good at qualifying on the pole this season on the 1.5-mile tracks. Harvick won the pole at Las Vegas this season and he won the pole for this race last year. He should have a great chance to win the pole again Friday night.

Each week I use different stats in my model to create the best rankings possible to give you an edge on the completion. This week I used driver rankings from Kansas, average finishing position at Kansas, average running position at the intermediate tracks this season, driver rankings at the intermediate tracks this season and the drivers with momentum over the last 4 races (not including Talladega).

Here are the early week driver rankings for Kansas…