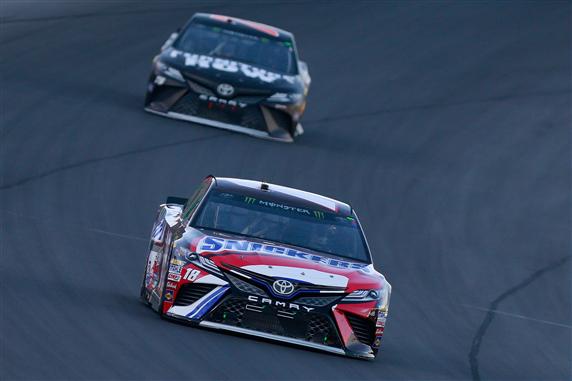 The MENCS will compete at Kentucky Speedway for the Quaker State 400. This will be the seventh race of the season on a 1.5-mile track. These races have been pretty easy to predict since the same drivers continue to run up front the week. The race can be seen Saturday night at 7:30 pm ET on NBC Sports Network.

My early week pick for the pole is Kyle Busch. He won the pole for two races on the 1.5-mile tracks (Atlanta and Charlotte) and he has a series-best 5.3 average starting position in the last four races at Kentucky (including a pole last year). The No. 18 team is very good at unloading with a lot of speed at Kentucky. He is the best pick for the pole according to the stats.

Here are the early week driver rankings for Kentucky…

* I will post my final driver rankings after qualifying Friday night.