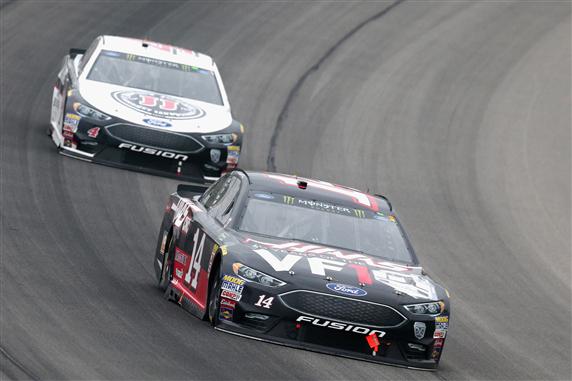 The MENCS heads back to Michigan International Speedway this week for the Consumers Energy 400. This will be the second race of the season in the Irish Hills of Michigan. Stewart-Haas Racing dominated the race. Kevin Harvick and Kurt Busch led over 40 laps each and Clint Bowyer took his No. 14 Ford to Victory Lane. Will they dominate the race again? The race can be seen Sunday at 2:30 PM ET on NBC Sports Network.

Each week I use different stats in my model to create the best rankings possible to give you an edge on the completion. This week I used the results from the first Michigan race, average finishing position on large ovals this season, Driver Ranking at Michigan, Fastest Laps this Season (This is a fast track so we want cars with speed), Green Flag Pass % at Michigan (We want drivers who can pass other cars) and average finishing position in the last 6 races (We want drivers who have momentum).

My early week pick for the pole is Kevin Harvick. He has won 2 poles this season and he had the best car in the last race at Michigan. His teammate won the pole in June (Kurt Busch) and I am sure crew chief Rodney Childers will take their notes and use it to make the No. 4 car a little fast in qualifying trim. Harvick is my pick to start first Sunday.

Here are the early week driver rankings for Michigan…

* I will post my final driver rankings after final practice Saturday evening.