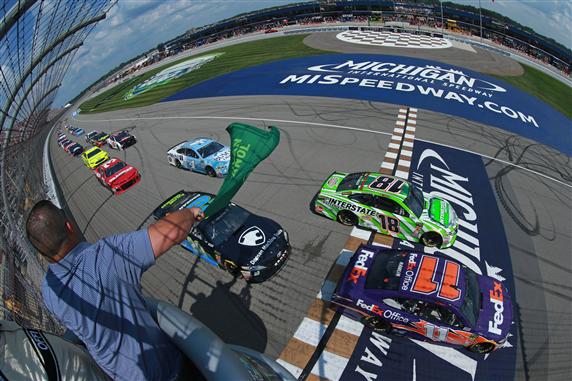 The Monster Energy NASCAR Cup Series travels to the Irish Hills of Michigan this week to compete in the FireKeepers Casino 400. This will be the fourth consecutive race for the MENCS teams using the 550 HP engine, higher-downforce aero package. Usually the high-line is the fastest way around Michigan but that will not be the case this week. Drivers will be able to hold the throttle wide open at the bottom of the track so why not take the shorter rout to Victory Lane? It should be a fun race to watch with a lot of passing. The FireKeepers Casino 400 can be seen Sunday at 2 p.m. ET on FS1.

NASCAR will have a inspect the cars Saturday prior to qualifying so we do not have to worry about cars going to the back and losing their qualifying position.

My early week pick for the pole is Kevin Harvick. The No. 4 car has won three poles this season and two of them have been in the 550 HP engine, higher-downforce aero package. Harvick missed the pole at Auto Club (most similar track to Michigan) by .002 seconds (He qualified 2nd). I expect the No. 4 car to unload with a lot of speed and be a threat to win the pole Friday.

Here are the early week driver rankings for Michigan…