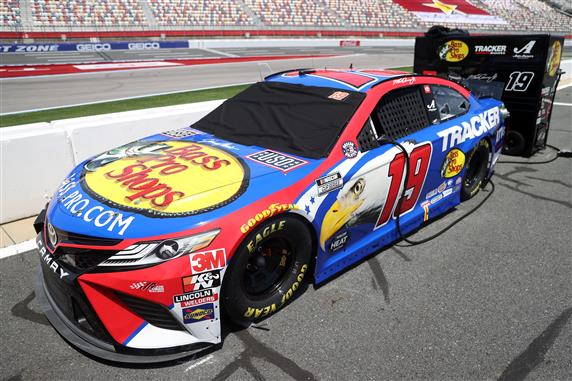 The NASCAR Cup Series will return to the track Wednesday night to complete four days of racing. All of the races since the Covid-19 break have had exciting finishes. Some of the results were not so great, but the action on the track was exciting. I expect the same in this race. The Alsco 500(K) can be seen Wednesday at 8 p.m. ET on Fox Sports 1.

Here are my picks for Charlotte Part 2….

Martin Truex Jr.: It is hard to go wrong with Martin Truex Jr. in your lineup at Charlotte. This is one of his best tracks and he did not disappoint last Sunday night. Truex led 87 laps and had a series-best Driver Rating and series-best Average Running Position. Truex will start 15th but I am not worried about it. The No. 19 car will quickly make his way inside the top 10, score a lot of Stage points and compete for the win Wednesday night.

Chase Elliott: Chase Elliott has had the fastest car this season. It is shocking that he does not have multiple wins this year. I could not believe his crew chief brought him down pit road with two laps to go in the Coca-Cola 600. That is like a coach going for it on 4th and 20 on his on 10 yard line IN THE SUPER BOWL! Incredible! The NASCAR Gods owe Elliott a trip to Victory Lane. I expect the No. 9 car to compete for the win at Charlotte.

Alex Bowman: Speaking of fast cars… Where was Alex Bowman’s speed during qualifying when I had him picked for the pole? Instead the No. 88 car decided to turn on the after-boosters and blow away the field once the green flag was waived. Bowman led a race high 164 laps. Now he starts on the front row. I expect Bowman to dominate this race, win some Stage points and be in Victory Lane Wednesday night.

William Byron: William Byron will start on the pole for the race Wednesday night. The No. 24 Hendrick Motorsports Chevy has a lot of speed and if he gets in the clean air to start the race, Byron should spend a lot of time up front. Byron ran 398 laps in the top 10 Sunday. I expect him to be in the top 10 again and score a lot of Stage points.

Erik Jones: I debated between Erik Jones and Ryan Blaney for this pick. Both drivers are excellent picks but Jones starts 10th and Blaney starts 18th. Track position was very important Sunday night and it should be very valuable Wednesday too. Jones should move forward once the green flag is waived and score a lot of Stage points.

Joey Logano: I need a safe pick for the Garage Driver. Joey Logano starts in the 8th position so he will have the track position to run up front. I would be shocked if Logano does not score a lot of Stage points and finish in the top 10. I want to save my allocation with Logano but if one of my starting drivers has a problem; I will not hesitate to put the No. 22 car into my starting lineup.