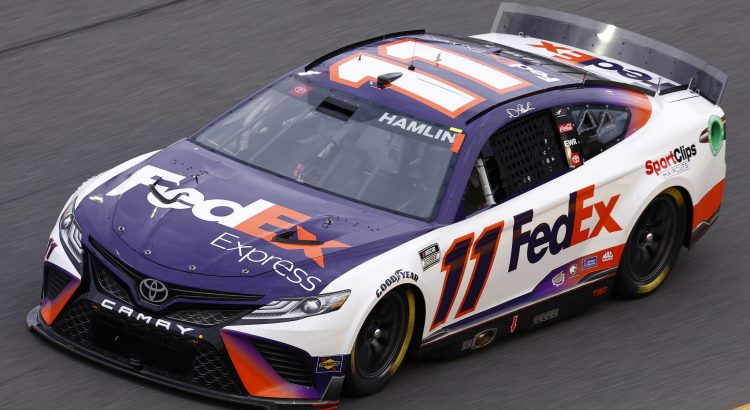 The Cup Series has completed the “West Coast Swing” and now they have a chance to get back into the shop and start applying what they learned in the last three races to the car for Atlanta. The race Sunday is going to be a lot different from what we have seen at AMS in the past. The track has been repaved, reconfigured and it is lightning fast. The cars will use the Superspeedway aero package this week and the draft will come into play. It should be another fun race to watch. The Folds of Honor Quick Trip 500 can be seen Sunday at 3 p.m. ET on FOX.

The race this week is going to be tough to handicap. Atlanta has a new surface with new banking and the Cup Series has a new car with a new aero package. The races have been unpredictable this season and the Folds of Honor Quick Trip 500 should be no different.

Practice speeds will not mean as much this week since the draft will come into play, but we cannot ignore the drivers who looked good in practice completely. The word from the garage is that the race is going to see a lot of pack racing like Daytona but it will race a lot like an intermediate track once the tires get heat in them and the cars start to slide around. It is going to be unpredictable, but some drivers like their cars more than others, so these are the drivers I will have in my lineup Sunday. 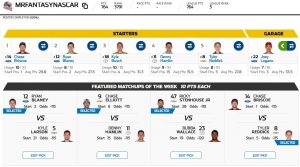 Chase Briscoe (9): Am I a week late with the No. 14 car? I hope not. Briscoe starts on the pole Sunday, but do you trust him to stay there? There is no doubt the No. 14 car has had speed this season. He has led 121 laps (second-most in the Cup Series). I do not think Briscoe can win the race but he should lead a lot of laps and score a lot of Stage Points.

Ryan Blaney (8): Blaney is my pick to win Sunday. He starts on the front row and the No. 12 car has been the fastest this season. Blaney leads the Cup Series high 190 laps lead this year. There is a good chance Blaney will lead a lot more Sunday since he starts on the front row. I have no problem burning another allocation with the No. 12 car this week.

Kyle Busch (10): Busch has been the best driver for Joe Gibbs Racing this year. David Wilson (Director of Toyota Racing Development) said on SiriusXM NASCAR Radio this week, “We have a lot of ideas to make the new car faster but we have not been able to implement it because we were on the west coast and not in our shop. Now we can put what we learned in the car this week and it should help us run up front.” If Toyota did find something, Busch should have a good chance score a lot of Stage Points and finish in the top-10 Sunday.

Denny Hamlin (9): I wasn’t planning on using Hamlin because he has been trash this season, but Atlanta is looking a lot like a Superspeedway race. That brings Hamlin into the conversation. He is one of the best drivers at Daytona and that should translate into success Sunday. Hamlin was fastest on the 10-lap, 15-lap and 20-lap average speed charts. No driver had better long-run speed in practice. I will give Hamlin another chance Sunday.

Tyler Reddick (8): Reddick has been one of the best drivers this year. Reddick has led the third-most laps and finished third and seventh in his last two races. Now Reddick starts fifth. The No. eight car should have a good chance to lead more laps and finish in the top-10 Sunday.

Kevin Harvick (9): Harvick was an automatic play at Atlanta when the Cup Series competed on the track in the past. So how will he be on the repave? Harvick seems to be getting his mojo back. The No. 4 car finished seventh, 12th and sixth on the west coast. Now Harvick starts eighth. He wasn’t blazing fast in practice but Harvick ran the sixth-most laps. They were working on their handling over speed. Harvick should spend a lot of time in the top-10 and score a lot of Stage Points and finish in the top-10 Sunday. I will have Harvick in the Garage as an insurance policy Sunday.

Joey Logano (7): I decided I am going to make a change from Kevin Harvick to Joey Logano. I think the No. 22 car has a better chance to run up front and score Stage Points. I would like to save my allocations with Logano, but if he runs as well as I think he will, the No. 22 car will be a good insurance policy to have in the Garage.