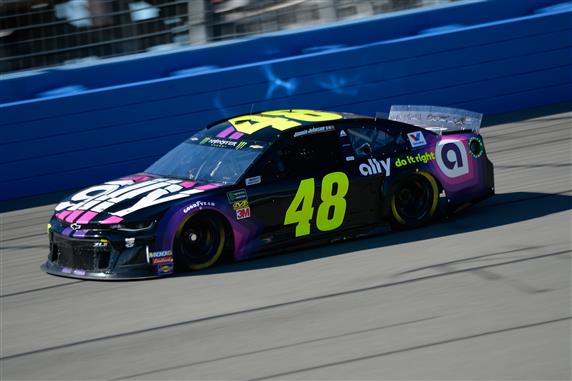 The Fantasy Live picks are off to a hot start. The picks have beaten 99% of the competition for eight consecutive seasons and the trend is for my picks to perform horribly in the Daytona 500. Well, that was not the case this year. Two solid races have scored 370 points and they are now beating 99.5% of the people who play the game. There is a good chance the picks will continue to score well in California. The Auto Club 400 can be seen Sunday at 3:30 p.m. ET on Fox.

Here are my picks for the race in Auto Club….

Joey Logano: Logano will have momentum after his win last week at Las Vegas. He also has a history of running well at Auto Club Speedway. . The No. 22 car finished 2nd in this race last year and has not finished outside the top 5 at the track since 2015. Logano was only 16th fastest in final practice but his Ford Mustang was 2nd-fastest on the long runs. Logano should score a lot of Stage points and be a threat to win back-to-back races.

Ryan Blaney: Blaney has been the best driver so far this season. He came inches away from winning the Daytona 500 and a late caution away from winning at Las Vegas. Blaney is going to get to Victory Lane soon and it could happen this week at one of Team Penske’s best tracks. Blaney posted the 2nd-fastest speed in final practice with the 4th fastest long-run speed. He should score a lot of Stage points and finish up front Sunday.

Alex Bowman: I wasn’t planning on using the No. 88 car in this race but it is hard to ignore the speed this team had Friday. Bowman was fastest in both practices and has the best long run speed. His race-trim speed was fastest than the other cars qualifying trim. When a car is this fast, you have to select the driver for your lineup. Bowman also ran well last week in Las Vegas. He should score a lot of Stage points and finish in the top 10 Sunday.

Kyle Larson: Larson has 6 wins in the Cup Series and 4 of them came on the 2-mile ovals (1 at Auto Club and 3 at Michigan). He has finished half of his starts at Auto Club in either 1st or 2nd place. Larson posted the 8th fastest speed in final practice with the 7th fastest long run speed. This is one of Larson’s best tracks so I will use him in my lineup this week.

Kurt Busch: The No. 1 car may finish No. 1 Sunday. Busch has a history of running well on the 2-mile ovals and his car is fast again this week. Busch finished 6th in this race last year and 2nd at Michigan. Busch and Ryan Blaney were the only 2 drivers who posted top-5 speed on the 5-lap, 10-lap, 15-lap and 20-lap speed charts. This means Busch has a fast car on the start and it does not slow down over the long runs. I will use an allocation with Busch Sunday.

Jimmie Johnson: I wasn’t planning on using Johnson for this race but he really seems motivated this weekend to win. His girls will be waiving the green flag and the track will pay tribute to him before the race. Johnson loved his car in the first practice and then it was horrible in the hot sun in final practice. The temps should be cooler and the No. 48 team put the setup from the No. 88 team in their car for qualifying. That changed allowed Johnson to start on the front row. I am not sure how good he will be, but I want him on my team just in case the Seven Time Champion shows up Sunday.