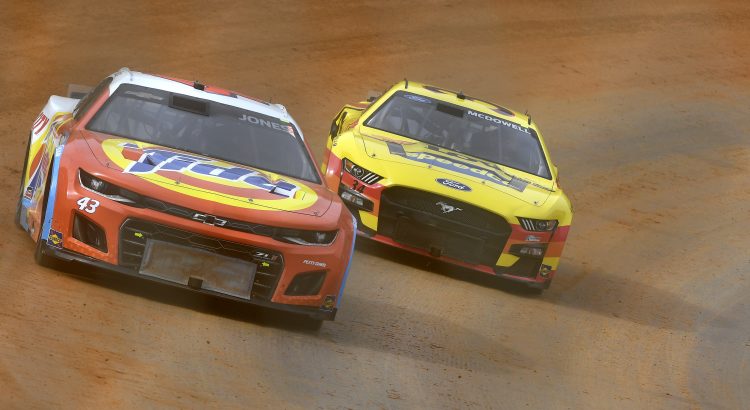 The Cup Series will race in the dirt at Bristol Motor Speedway Sunday night. We need a good race. The picks are off to the worst start in a long, long time. They are still beating 94% of the entries, but that is not where we want to be. The Bristol Dirt Race was about as predictable as a race at Talladega last year. Hopefully the teams will have a better understanding of how a stockcar can run on dirt and we will have a more predictable race.

Here are my picks for the Bristol Dirt Race… 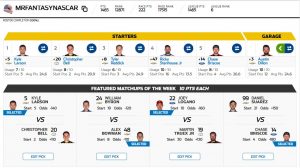 KYLE LARSON (7): Larson is the best dirt track racer on the planet. He has won everything in the dirt racing series, except the Bristol Dirt Race. It bothers him too. He desperately wants to check this box. Larson posted the sixth-fastest lap in practice and qualified starts fifth in the race.. Larson should have a good chance to score a lot of Stage Points and win Sunday night.

CHRISTOPHER BELL (8): Bell is the best dirt track racer in the field not named Kyle Larson. He was working his way through the field last year with Larson when the two drivers were wrecked by Ross Chastain. Bell looked really fast in practice. He won his Heat Race and now Bell starts on the front row. Bell should lead a lot of laps, score a lot of Stage Points and finish in the top-five.

RICKY STENHOUSE JR. (10): Stenhouse started 13th and finished 2nd in the Bristol Dirt Race last year. That should not have surprised anyone. He has a background in dirt track racing and he has had a lot of success. I will use Stenhouse this week so I can save an allocation with one of my top drivers. He should be fast enough to finish in the top-10 again Sunday night.

CHASE BRISCOE (8): Briscoe has a background in dirt track racing, similar to Tony Stewart. He only finished 20th in this race last year but that finish is misleading. Briscoe was making his way to the front of the field when his teammate (Kevin Harvick) wrecked him. Briscoe has been fast this year and he was fast in practice and in his Heat Race. Briscoe should spend a lot of time in the top-10, scoring points for your Fantasy Live lineup.

GARAGE DRIVER: AUSTIN DILLON (10): I will have Dillon in the Garage as an insurance policy Sunday night. Dillon has a lot of experience and has had a lot of success on dirt in his career. He gets to race in the Truck Series race Saturday night and that extra seat time should help him in his Cup Series car. Dillon looked fast in practice so I will not be afraid to use an allocation with the No. 3 car Sunday night.