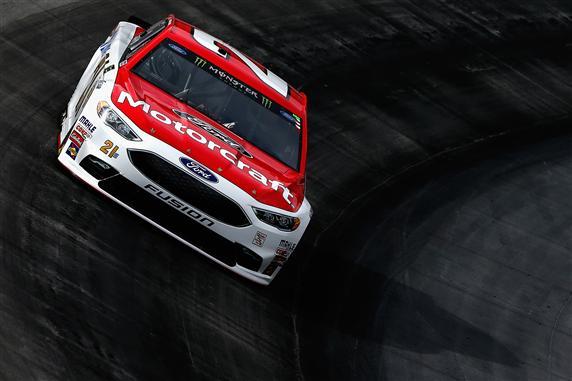 The monster Energy NASCAR Cup Series will compete at Bristol Saturday night. This is the second trip to Thunder Valley this season. It is also one of the best opportunities to score over 500 points and climb to the top of your league standings.

The race this week comes down to one thing… Selecting the correct dominators. There are 500 laps in the race this week. That means there are 250 points available for leading laps and 250 points available for fastest laps. You cannot win your league if you do not select the drivers who lead laps and post the fastest laps in the race.

The difference between the race in April and the races in 2016 was the addition of the Stages and the fact that NASCAR was more aggressive with the traction compound to improve the racing surface. I expect there to be 3-4 dominators in the race this week since the Stages will likely scramble the running order Saturday night.

One of the drivers you must have in your contest is Erik Jones. Track position is king at Bristol and Erik Jones won the pole for Saturday’s race. The winner of the pole has led an average of 105.3 laps this year (not counting the road courses or Superspeedways). The pole winner has also led an average of 170 laps in the last three races at Bristol. There is a good chance that Erik Jones could lead over 150 laps this week.

My top cheap driver this week is Matt Dibenedetto. He has finished 21st, 6th, 17th and 19th in his last four races at Bristol. Dibenedetto just signed a multi-year deal to race for Go Fas Racing last week. The team signed an agreement with Roush Fenway Racing to receive cars, engines and technical alliance from RFR. Hopefully that translates into more speed for the No. 32 car.

Here are my picks for the Bristol…