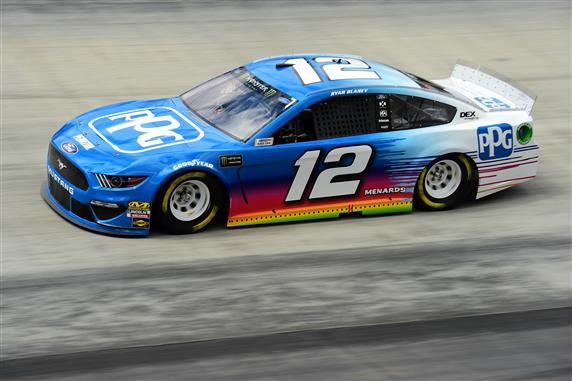 The Monster Energy NASCAR Cup Series will be back to short track racing at Bristol this week. This is the first race track I ever attended a race at and wow is it awesome. If you have never been to Thunder Valley it needs to be on your bucket list. The action is incredible. Just bring your ear plugs. The Food City 500 is scheduled for 2 p.m. ET Sunday on Fox Sports 1.

We absolutely need a bounce back race after the disaster in Texas. Anything that could go wrong did go wrong with our team. The Fantasy Gods owe us one so hopefully our drivers can stay out of trouble Sunday.

Kevin Harvick (7): Harvick clearly had the fastest car in final practice. He posted the 4th fastest lap with the fast 15-lap, 20-lap and 30-lap average speed. I would like to save my allocation with the No. 4 car but he looks too fast to fade this week. Harvick has 7 consecutive top-10 finishes at Bristol with a 5th-place average finishing position. He should run in the top 10, score a lot of Stage points and finish in the top 5.

Chase Elliott (10): Elliott went out and won the pole Friday and that makes him a lock for Fantasy Live lineups. The No. 9 car will have a huge advantage with the No. 1 pit stall and the last 6 pole winners have led an average of 150 laps and has a 3rd-place average finishing position. The pole means more at this track than any other on the circuit. I will have Elliott in my lineup this week.

Ryan Blaney (6): Blaney led at least 100 laps in the last two races at Bristol. It looks like the No. 12 team brought one of the fastest cars to the track again this weekend. Blaney broke the track record in round 2 of qualifying Friday but he over drove turn 3 in the final round. Blaney posted the 10th fastest speed in final practice with the 2nd fastest 15-lap average speed and the 2nd fastest 20-lap average speed. He should score a lot of Stage points and finish in the top 5 this week.

Erik Jones (10): Jones has been fast all weekend. He was fastest in the morning practice, 11th fastest in final practice with the 5th fastest 20-lap average speed and 2nd-fastest 30-lap speed. His car gets faster deeper into the run. Jones qualified 4th which means he will have a premium pit stall. He knows how to race up front at this track. Jones led 260 laps and finished 2nd at Bristol in 2017. Jones seems motivated to win a race after people were asking him about being on the hot seat at Joe Gibbs Racing since his contract ends at the end of the season. I expect Jones to go out and prove the critics wrong Sunday.

Jimmie Johnson (10): Johnson will have a lot of momentum after his top-5 finish at Texas. Johnson has a series-best 8.3 average finishing position in the last 10 races at Bristol. Johnson has finished 8 of his last 9 races in Thunder Valley in the top 11. There is a good chance he will do it again Sunday. Johnson posted the 2nd fastest speed in final practice with the 3rd fastest 20-lap average speed. This is a good week to use an allocation with Johnson and save our top drivers for the larger tracks.

I had a tough time choosing my Garage Diver this week. I had to decide between the two Kyle’s. Kyle Busch looked a lot faster than Kyle Larson in practice but Larson spent most of his time at the top of the track. I would use Busch over Larson but I only have 6 allocations with Busch so Larson is my Garage Driver Sunday. I expect his car will come to life once the top lane comes in this week.