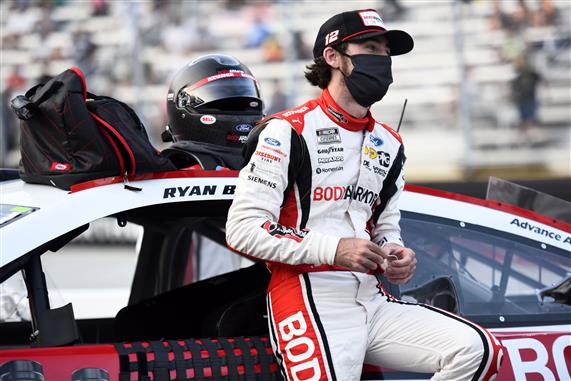 The NASCAR Cup Series will travel back to Bristol this week. This will be the third race in Thunder Valley since NASCAR decided to move the All-Star Race to the high-banked, short track. There is plenty of data to use to make our picks this week since the cars have turned 640 laps at Bristol in 2020. This should be a fun race to watch since there is so much on the line. The Bristol Night Race can be seen Saturday at 7:30 p.m. ET on NBCSN.

The Fantasy Live picks performed well last week and went from beating 92.7% of the competition to now beating 96.7% of the entries. We need another solid week at Bristol and that is not going to be easy since this is an unpredictable track. Last week my drivers finished No. 1 (Brad Keselowski), No. 2 (Martin Truex Jr.), No. 3 (Joey Logano), No. 6 (Kyle Busch) and No. 7 (Kevin Harvick). I will be more than happy if all five drivers finish in the top seven Saturday night.

Chase Elliott: Chase Elliott has been the best driver at Bristol this season. He should have won the last race at the track. Elliott led 88 laps, won both Stages and was leading with four laps to go. The No. 9 and No. 22 car got into each other and both cars hit the wall. Elliott came back for the All-Star race and got his revenge. He led 88 laps and went to Victory Lane. The No. 9 car should have a good chance to win the night race Saturday.

Brad Keselowski: Brad Keselowski has been the best drive the last two seasons on the short tracks, but Chase Elliott has been slightly better at Bristol. Keselowski was handed the win at Bristol when Elliott and Joey Logano wrecked each other. That does not mean he wasn’t fast. Keselowski finished 1st and 3rd in his last two races at Bristol. I expect another top-five finish from the No. 2 car Saturday.

Kyle Busch: You cannot fade Kyle Busch at Bristol. He has been one of the best drivers at this track since he entered the Cup Series. Busch finished 4th, 4th, 1st, 20th, 1st and 1st in his last 6 races in Thunder Valley. Busch needs as many points as possible to help him advance in the playoffs. I expect Rowdy to score a lot of Stage points and be up front when the checkered flag is waived.

Ryan Blaney: The All-Star Race came down to a battle between Chase Elliott and Ryan Blaney and I think the same could happen Saturday night. Bristol is one of the best tracks for Blaney. The No. 12 car led over 100 laps in both races at Bristol in 2018 when this aero package was used. Blaney needs a win Saturday night so I expect Team Penske to give him the best car they have in their fleet.

Joey Logano: Joey Logano has returned to his dominant form since the playoffs started. That doesn’t surprise me though. Logano said after his 6th place finish at Dover, “We experimented with some stuff over the summer and it did not work. It is time for us to go back to what we had earlier in the season when we were winning all of the races.” Logano had a good chance to win the last race at Bristol but he got into the back of Chase Elliott in the final laps. I expect the No. 22 car to be very good Saturday night.

Garage Driver: Denny Hamlin: I wasn’t planning on using Denny Hamlin for this race but I put him in the Garage at Richmond so I have an extra allocation. He ran well in the last race at Bristol and he should be fast again Saturday night. Hamlin led 131 laps and scored 11 Stage points in the last race at Bristol. I will have the No. 11 car as an insurance policy in the Garage Saturday night.

* If you did not put Denny Hamlin in the Garage last week and you are short on allocations with the No. 11 car, use Clint Bowyer as your Garage Driver. The No. 14 car finished 2nd in the last race at Bristol.