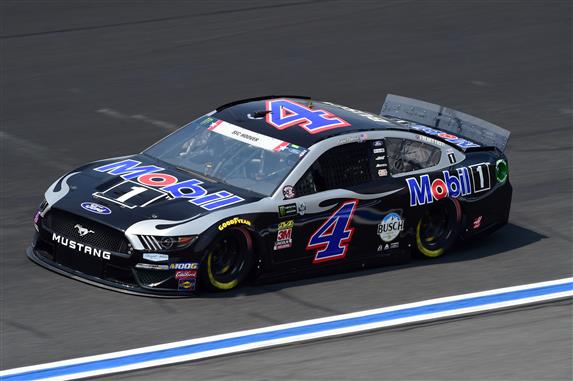 The Fantasy Live picks got off to a hot start in 2021, but not they are starting to fall in the standings. That is never good, but I am not going to sweat it too much. The race at COTA was a mess with the rain and the drivers not being able to see. The races coming up on the schedule should be easier to predict.

The Coca-Cola 600 is a marathon race. It takes a team effort to get to Victory Lane. The track changes from daylight to nighttime, so the crew chiefs need to make the correct adjustments to their car. The pit crews need to be on top of their game to make 12-14 flawless pit stops. The drivers need to keep control of their car for 400 laps and avoid speeding on pit road. That is a lot of opportunities for mistakes and the reason why we often see some surprises in the top-10 at the end of the race.

Kyle Larson (4): Kyle Larson has good chance to win the Coca-Cola 600. He has been the best driver on the 1.5-mile tracks this season. Larson won the race at Las Vegas, finished 2nd at Atlanta and 4th at Homestead. His 509 laps led blows away the field. Larson posted the 3rd fastest speed in practice and the fastest long-run speed. Larson won the pole for the race. I will use another allocation with the No. 5 car Sunday night.

Chase Elliott (6): Chase Elliott got off to a slow start on the 1.5-mile tracks this year, but he had a good race earlier this month at Kansas. Elliott started 17th and finished 5th. He also has a history of running well in the Coca-Cola 600. Elliott finished 1st, 2nd, 4th, 11th and 2nd in his last 5 races at Charlotte. Elliott posted the 12th fastest speed, with the 7th fastest long-run speed in practice. Elliott qualified 3rd for the race. He should score a lot of Stage points and finish up front Sunday.

William Byron (7): William Byron has been the most consistent driver in the Cup Series since they left Daytona. Byron had his streak of 11 consecutive top-10 finishes broke at COTA. He finished 11th so it was not like he had a bad race. I will play the hot hand with Byron Sunday night. He posttest the 9th fastest speed in practice, with the 2nd fastest long-run speed. Byron qualified 4th for the race He should start a new streak of top-10 finishes this week after the race at Charlotte.

Alex Bowman (7): Alex Bowman leads Hendrick Motorsports with 2 trips to Victory Lane in 2021 (Dover and Richmond). He smoked the field last year in the Coca-Cola 600. Bowman led a race high 164 laps, won both Stages but a flat tire caused him to finish 19th. He came back to the track three days later and led the second-most laps and finished 2nd in the race. Bowman posted the 2nd fastest speed in practice and qualified 7th for the race. The No. 48 car will have a good chance to add another win to their 2021 resume.

Kevin Harvick (6): Kevin Harvick hasn’t been Kevin Harvick this year, but maybe practice is what they needed to get back to Victory Lane. The No. 4 car started off practice way too loose. Crew Chief Rodney Childers tightened up the car and Harvick posted the 8th fastest speed on the long runs. Harvivk qualified 5th and his pit crew ranks No. 1 this season. That will be important in a race that should have 10 pit stops.

Garage Driver Kyle Busch (6): Kyle Busch will be my insurance policy in the Garage. He won the last race on a 1.5-mile track (Kansas) and his 4.8 average finishing position on the intermediate tracks this season is the best in the series. Busch also has a history of running well at Charlotte. He has finished 3 of the last 4 races at the track in the top-4 and has averaged 114 laps led per race. Busch should score a lot of points in the Coca-Cola 600.