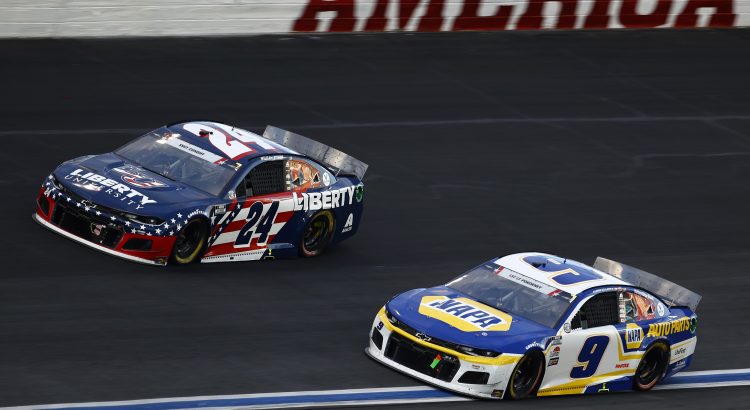 The Fantasy Live game is back after the Cup Series took the week off from points racing to compete in their All Star Race. Now the Cup Series will celebrate Memorial Weekend with tributes to the military, an epic prerace show and a 600-mile marathon race. This is a “crown jewel” race for the teams so we should expect the best cars in the garage to be on the track in Charlotte. The Coca-Cola 600 can be seen Sunday at 6 p.m. ET on FOX.

The NASCAR Cup Series has completed 13 races and now there are 13 races left in the Fantasy Live regular season. The picks are currently outscoring 94.2% of the entries. They need to heat up over the summer in order to outscore 99% of the entries for the 11th consecutive season. It should be obtainable since we have more data to work with and the races are more predictable. The races at the Bristol Dirt Track, Talladega and the new Atlanta Motor Speedway were really hard to handicap in the first-half of the season.

The cream typically rises to the top in the Coca-Cola 600. Drivers and their pit crew need to be mistake free since there will be 14+ pit stops throughout the race. Kyle Larson won this race last year and he went on to win the Cup Series Championship. Chase Elliott did the same in 2020 and Martin Truex Jr. won the Coca-Cola 600 in 2019 and finished second in the Cup Series Championship. There is no need to save allocations Sunday. The best drivers should be up front at the end of the race this week. 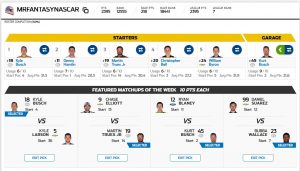 KYLE BUSCH (6): Right on cue… Joe Gibbs Racing has come to life once the calendar turned to May. They do it every year. Busch has been their best driver. He led 49 laps and finished 3rd at Las Vegas. Rowdy led 18 laps and finished 3rd at Kansas. He led 47 laps and would have had a great chance to win at Texas if his tire wouldn’t have gone down. Busch is running too well right now to fade.

DENNY HAMLIN (7): Hamlin got off to a horrible start in 2022, but it wasn’t because the No. 11 car did not have speed. Hamlin and his team had a bad combination of bad luck and mistakes. Finally the No. 11 team is starting to turn his season around. Hamlin finished 4th at Kansas and 2nd last week at Texas. Hamlin finished 2nd and 7th in his last two Coca-Cola 600’s. He should have a good chance to finish in the top-10 again this week.

MARTIN TRUEX JR. (6): I am not sure Truex has the speed to win the race Sunday night but he should be one of the safest picks in the field. Truex finished 8th at Las Vegas and 6th at Kansas. He has also finished 6 of the last 7 races at Charlotte in the top-10. Truex should spend a lot of time running in the top-10 and score a lot of Stage Points for your team.

CHRISTOPHER BELL (6): Welcome to the party Christopher Bell. The No. 20 team has woken up after being in hibernation for the first quarter of the season. Bell finished 4th at Dover, 6th at Darlington, 5th at Kansas and he had a fast car at Texas too. His stats at Charlotte are not great, but I like the speed the No. 20 car has right now. You cannot have too many Joe Gibbs Racing drivers in your lineup Sunday night.

WILLIAM BYRON (6): This will be a home race for Byron this week. He has had a lot of success at his home track. Byron won at Charlotte in 2019 and he finished 4th last year. The No. 24 car has been fast this year, so Byron should have a good chance to finish in the top-five again. Byron has two wins this year. I would not be surprised if he made it to Victory Lane for a third time in 2022.

GARAGE DRIVER: KURT BUSCH (9): Busch looked awesome two weeks ago when he won the race at Kansas. It looks like the No. 1 team brought the same speed to the track at Charlotte. Busch did not set the track on fire in practice but he said the balance of his car was really good. Busch starts on the front row, has one of the top pit-stalls and he should have a good chance to finish in the top-10 in the Coca-Cola 600 Sunday night.

RYAN BLANEY vs. KURT BUSCH (My pick is KURT BUSCH)