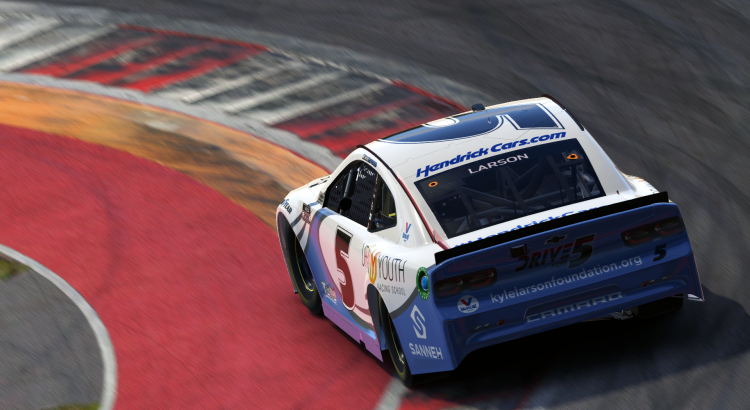 Finally the NASCAR Cup Series will compete at the Circuit of Americas (COTA). I had this race circled on my calendar ever since the race was announced. It would have been nice if Mother Nature would have cooperated, but Goodyear brought a good set of rain tires to the track. The drivers were able to get their practice and qualifying sessions in, so now is time to set our lineups for the EchoPark Texas Grand Prix.

I mapped out my allocations with my drivers before the season. My plan was to get through the road courses with the “road course experts” and save my top drivers for the oval tracks. These road course experts consists of Michael McDowell, Daniel Suarez, Chase Briscoe, Chris Buescher, AJ Allmendinger and Austin Cindric. I have been able to save a lot of allocations with some of the drivers I had planned to use on the oval tracks, so I do not need to use too many of these drivers in my lineup today. If you want to save allocations today, any of the drivers I listed above would be good picks.

Here are my picks for the EchoPark Texas Grand Prix…

Chase Elliott (7): Chase Elliott is the best road course driver in the field on the road courses. He won 4 of the last 5 road course races. Elliott was 5th fastest in practice and Hendrick Motorsports looked like the fastest cars on the track. I have been saving my allocations with the No. 9 car for the road course so I will use one of them at COTA.

Kyle Busch (7): Kyle Busch has really looked good this week. He posted the fourth-fastest speed in practice, qualified 4th and totally dominated the Xfinity Series race. I am in good shape with seven allocations left with Busch for the final 14 races or the Fantasy Live season. I will use one of them this week.

Christopher Bell (9): I really like what I have seen from Joe Gibbs Racing this weekend so I want a few of their drivers in my lineup today. Most of the people I talked to said COTA would race a lot like Sonoma and Watkins Glen. I was worried about Christopher Bell because he did not race at those tracks in a Cup Series car last year, but his speed in practice proved his win at the Daytona Road Course was not a fluke. The No. 20 car should run well Sunday.

Garage Driver Ryan Blaney (7): Ryan Blaney has been really good on road courses. He has finished five of his last seven road course races in the top 10. That includes a win in the inaugural Charlotte Roval race. Can Blaney win another inaugural race? He posted the 9th-fastest speed in practice and qualified 9th for the race. Blaney should score a lot of Stage points and finish in the top-10 today. I will have the No. 12 car in my Garage as an insurance policy today.