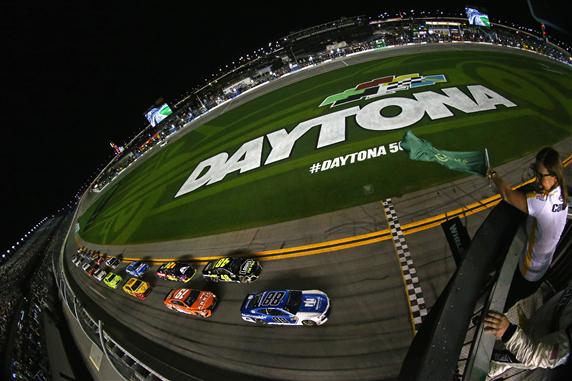 This is the last race in the regular season for the Fantasy Live game. There is no reason to save allocations for the race Saturday. It has been another good season for the FantasyRacingTips.com picks in this game. The picks enter the last race in good shape. The picks are beating 99.8% of the competition. It looks like the picks will beat 99% of the competition for the 10th consecutive season. The good news is that the Fantasy Live Playoff picks have been even better since nascar.com introduced the game.

Aric Almirola: Aric Almirola needs to be in your lineup if you have the ability to use the No. 10 car. He is either the luckiest driver in the series or the best at avoiding the wrecks on the Superspeedways. Almirola has finished 3rd, 22nd, 4th, 7th and 9th in his last five races on the Superspeedways. He is a great pick this week. I feel safe with Almirola in my lineup this week.

Ryan Newman: Ryan Newman was involved in a horrific crash at Daytona in February. I am not concerned that Newman will be gun-shy this week. Newman said, “I had that race won so I look at it as… this track owes me one now.” Newman has been one of the most consistent drivers at Daytona. He has finished 9th, 5th, 14th, 8th, 8th and 5th at Daytona since 2016. That is the best average finishing position of any driver in the field Saturday night.

Erik Jones: Erik Jones is no stranger to Victory Lane at Daytona. He won the Coke Zero 400 in 2018 and backed it up with a 3rd-place finish in the Daytona 500 the next season. Three of the four Joe Gibbs Racing drivers are locked into the playoffs. I would not be surprised to see Denny Hamlin, Kyle Busch and Martin Truex Jr. working with Jones to help him win so all of the JGR cars are in the playoffs.

Matt DiBenedetto: It will not be hard to find Matt DiBenedetto on the tack. He is going to be lined up with Joey Logano, Brad Keselowski and Ryan Blaney. That is never a bad place to run on the track. Team Penske and the Wood Brothers are good at working together in these races. DiBenedetto has had some success at Daytona and I expect he will have some more this week.

Chris Buescher: You cannot have too many Fords in your lineup Saturday night. The Roush-Yates engines have an advantage over the field and Chris Buescher has taken advantage of his speed at this track. Buescher finished 3rd in the Daytona 500. It wasn’t the only race he had success at in Daytona. Buescher finished 17th last year and 5th in both races in 2018. He also scored Stage points in both Stages in the Daytona 500. I will have Buescher in the Garage as an insurance policy this week.