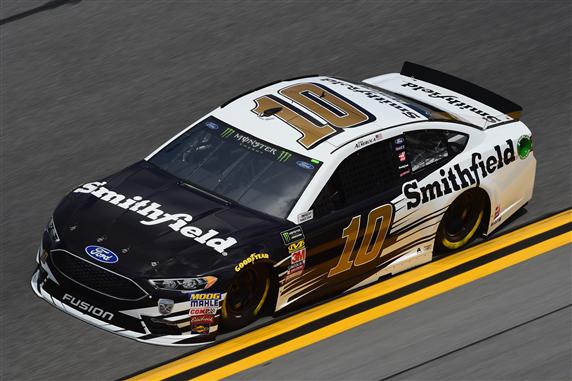 The MENCS competes at Dover International Speedway this week. My Fantasy Live picks have been performing well. They are currently ranked 147th overall. I will be important to use the correct combination of drivers in the last 13 races so we do not run out of allocations.

Martin Truex Jr. (7): Truex Jr. has been very good at his home track. He has finished in the top four in three consecutive races at Dover, including a win in 2016. I still have seven allocations with Truex so I am not worried about burning one Sunday.

Kyle Larson (6): Larson should have a great chance to win the race Sunday and rack up a lot of Stage points. Track position is important at Dover and Larson starts on the pole. That also gives him the No. 1 pit stall. Larson led the most laps in both races at Dover last year. I expect him to be up front for a long time in this race.

Chase Elliott (8): Elliott should be the safest pick in the field this week. He has never finished outside the top 5 at Dover. I have been saving his allocations until this team starts to prove they car run up front. Elliott finished 2nd and 3rd in the last two races so it is time to start getting the No. 9 car into our lineups.

Jimmie Johnson (10): Johnson did not qualify as well as I would have hoped for but I am not worried about it. Johnson started 17th and finished 3rd last October and qualified 14th and went to Victory Lane in this race last year. Johnson can win from any starting position at this track. I still have 10 allocations with Johnson so I will try to use one with him Sunday.

Clint Bowyer (9): Bowyer could win this race. His car is that fast. Bowyer was 3rd fastest in final practice with the fastest 10-lap average speed. I like Bowyer to move forward from his 12th starting position. I have 9 allocations with Bowyer so I am not worried about using one of them this week.

Garage Driver: My Garage Driver this week will be Aric Almirola (10): Stewart-Haas Racing looks like the cars to beat this week so I want to make sure I have two of them on my team. Almirola had the fastest car in Final Practice with the 4th-fastest 10-lap speed. If Almirola makes a charge to the front I will not hesitate to take him out of the garage.

* I would love to use Kyle Busch and Kevin Harvick but I am running out of allocations with them. I will save these two drivers for the 1.5-mile tracks.

Here are my picks for the Dover…

* I am picking Kyle Busch to win Sunday because this race usually comes down to a late restart and Busch has the No. 1 pit crew this season. I expect Busch to beat Kevin Harvick and Kyle Larson off pit road and win this race. If there is not a late restart, I think Harvick wins this race so I will pick Busch to win and Ford as my manufacturer to help ensure I score some bonus points Sunday.