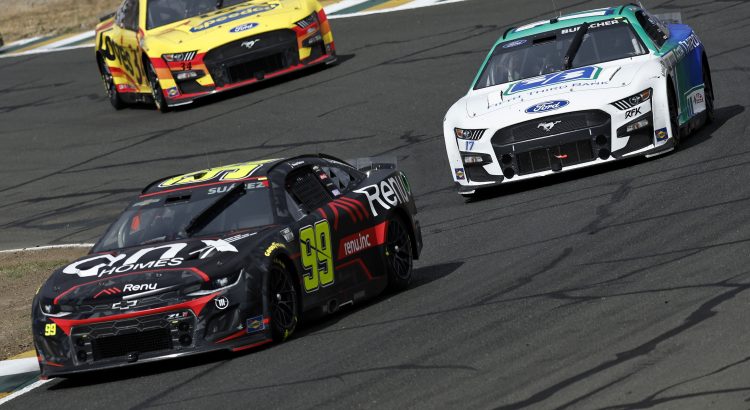 The NASCAR Cup Series will compete on another road course this week when they take the green flag in the Verizon 200 at the Brickyard. Hopefully this race goes better than the race at Pocono. The picks were good, but the outcome sucked! The Fantasy Live picks scored 164 points and were moving up in the rankings. Then Denny Hamlin and Kyle Busch were DQ’d and their points were taken away. This dropped the Fantasy Live score to 103. That sucks! I know I am not the only one unhappy about this, but bitching about it isn’t going to get us our point’s back (I tried that). We just need to do our best to finish the season strong.

My strategy this week is to simply select the drivers who have been the best on the road courses this season (COTA, Sonoma and Road America). I will also look at the drivers who were good at Indianapolis last year. I know the Gen-7 car drives completely different, but I still expect the drivers who ran up front in 2021 to be good picks this week.

Here are the picks for the Verizon 200… 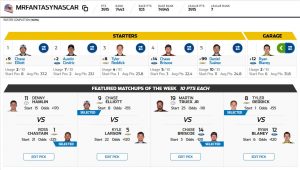 CHASE ELLIOTT (2): Elliott must be in all lineups this week. Not only is he the best driver on the road courses, he is scorching hot right now. Elliott finishes 1st, 2nd, 1st, 2nd and 1st in his last five races. I know his win last week was from the two cars who finished ahead of him being DQ’d, but it was still a third-place finish. Elliott finished 4th (COTA), 8th (Sonoma) and 2nd (Road America) on the road courses this year. He also finished 4th at Indy last year. I have been saving my allocations with Elliott for the road courses so I will use one Sunday.

AUSTIN CINDRIC (7): It is a good idea to use Cindric at all of the road courses. He finished 8th at COTA, 5th at Sonoma and 7th at Road America this year. He also finished 9th in the Cup Series race at Indy last year. Cindric also competed in two Xfinity Series on the road course at Indy. He won the race last year and he finished 5th in 2020. Cindric posted the fastest speed in practice and qualified second for the race. He is my pick to win Sunday so of course he gets a spot in my lineup.

TYLER REDDICK (4): Reddick broke his maiden in the Cup Series when he went to Victory Lane at Road America. Reddick also finished 5th at COTA, so he has been pretty good on the road courses this season. Reddick won both Stages and led 6 laps at Indy last year but he was spun out and finished 21st. Reddick has a fast car again this weekend. Reddick posted the seventh-fast speed in practice and won the pole for the race. Reddick has the track position to win some more Stages and score well for your Fantasy Live team.

CHASE BRISCOE (5): NASCAR drivers always get more confidence when they race at their home tracks. That is the case for Briscoe too. The Hoosier native had a great chance to win the race at Indy last year but he was penalized for taking a short-cut while leading the race. Briscoe also won the Xfinity Series road course race at Indy in 2020. This is one of his best tracks so I will have Briscoe in my lineup this week.

DANIEL SUAREZ (10): It is tough to fade the Trackhouse Racing cars right now. Suarez has finished 3rd, 9th, 6th, 5th, 15th and 1st in his last six races. The only driver who has been hotter than Suarez in the Cup Series over the last two months is Chase Elliott. Suarez should be good again this week. He won at Sonoma so he knows how to wheel the Gen-7 car around a road course. I will take a chance with my Amigo Sunday.

GARAGE DRIVER: RYAN BLANEY (2): I only have two allocations left with Blaney so I would like to save him for the oval tracks, but it is tough to ignore the speed he had Saturday. Blaney posted the third-fastest speed in practice and qualified sixth for the race. He finished second at Indy last year. I will have Blaney in the Garage as an insurance policy Sunday.