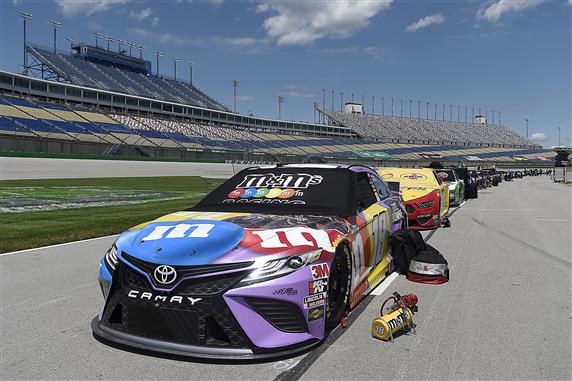 What a debacle that was at Texas. NASCAR.com forgot that the lengths of the Stages at Texas were increased to lap 105 and lap 210. The game locked the Garage Driver with 40 laps left in Stage 2 and caused a lot of panic. They tried to correct the problem and said the Garage driver would lock at lap 260 and that was not the case either. Each team was awarded maximum points for the drivers they had on their teams and allocations were not deducted from your team. I am not a fan of their decision, but they already know that and nothing is going to change.

Here are my picks for the Super Start Batteries 400 ….

Kevin Harvick: Thanks to NASCAR’s mistake I have an extra allocation with Kevin Harvick. I am using it this week at Kansas. The No. 4 car has been awesome on the 1.5-mile tracks in 2020 and Harvick should have won both races at Kansas last year. I expect Harvick to score a lot of Stage points and have a great chance to be in Victory Lane Thursday night.

Ryan Blaney: Ryan Blaney has been nearly untouchable at these tracks so I plan to use him at Kansas. Blaney has a 5.3 average finishing position on tracks similar to Kansas and he has led 261 laps and scored the most Stage points. There is no reason to fade Blaney at Kansas.

Chase Elliott: Chase Elliott  was one of the best drivers on the 1.5-mile tracks early in the season, but he has slowed down a bit over the last month. I expect the No. 9 team to bring some speed to the track Thursday. Kansas ranks as the best 1.5-mile track for Elliott. He won at Kansas in 2018 and finished second last year. Elliott should run in the top five and score a lot of Stage points Thursday night.

Joey Logano: Joey Logano does not have the best stats at Kansas but that is not because he has had slow cars. Logano had one of the fastest cars at Kansas last November but he got spun out on the last lap of the race. Now he has the crew chief (Paul Wolfe) who used pit strategy to win at Kansas last year. I will take a chance with the Logano /Wolfe combo from the front row Thursday night.

Aric Almirola: I am going to ride the hot streak with Aric Almriola. He has never been this hot before. Almirola has finished seven consecutive races in the top 10. Despite breaking his back at Kansas in 2017; he said this is one of his favorite tracks. Almirola has finished four of his last five races at the track in the top 12. Almriola should have another fast car at Kansas.