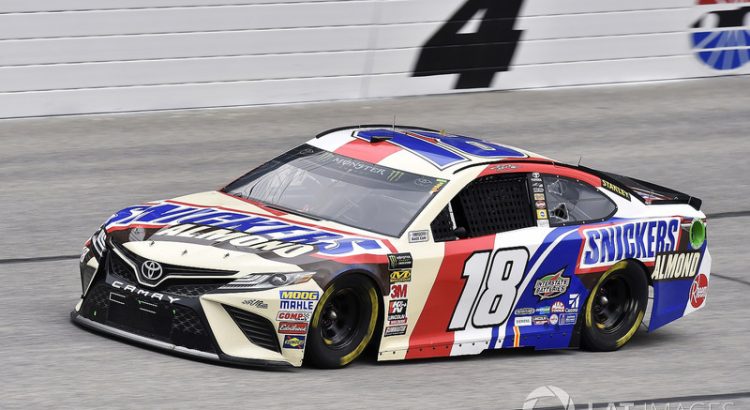 Round one of the playoffs is in the books and now it is onto round two. Wow, that went by fast. It seems like just yesterday we were talking about the drivers who were on the playoff bubble and now the field is trimmed to 12 drivers left competing for the championship. The race at Las Vegas was crazy at the end, with drivers going four-wide to the checkered flag. I expect some wilder racing in Sin City this week. The South Point Casino 400 can be seen Sunday at 7 p.m. ET on NBCSN.

The Fantasy Live picks did not do great at Bristol but they did go from beating 96.7% of the competition to beating 97.4% of the entries. So at least we moved up in the standings.

Three of the Joe Gibbs Racing cars were sent to the back of the field to start the race. I switched out Denny Hamlin for Clint Bowyer and that move paid off. Bowyer finished 6th while Hamlin struggled all night and only finished 21st. Hopefully we have some more good luck in Sin City.

Kevin Harvick: It seems like Kevin Harvick is a lock to win Sunday night and everyone else is racing for second place. Harvick starts on the pole and he has the No. 1 pit stall and the second fastest pit crew (Kyle Busch has the fastest). I have three allocations left with Harvick. I know I am not using them at Talladega, Charlotte (Roval) or Martinsville. I probably will not use Harvick at Phoenix either since the four drivers racing for the championship do not earn Stage points and the rest of the field do. So I will use my three allocations with Harvick at the three 1.5-mile tracks.

Kyle Busch: Kyle Busch was not happy after the race at Bristol. He said that he expects to be eliminated from the playoffs after round two. I have heard “Mr. Glass Half Empty” talk like this before and usually he goes out and smokes this field in the net race. I do not think the No. 18 car has the speed to do that Sunday night, but Busch starts on the front row so he should score a lot of Stage points and finish in the top 10.

Joey Logano: Las Vegas is a great track for Team Penske Racing. They have won 4 of the last 6 races in Sin City. Joey Logano did not have the best car at Las Vegas in February, but he was able to win the race. I expect the No. 22 team to have this tire figured out Sunday night. Logano has the highest Driver Rating (118) and the second-best Average Finishing Position (4.33) in the last 6 races at Las Vegas. The No. 22 car starts 5th so he will have the track position to score a lot of Stage points and finish up front.

Garage Driver: Chase Elliott had one of the best cars in the last race at Las Vegas. He won Stage 1 and Stage 2 and Elliott led the second-most laps (70). He got a flat tire with 46 laps to go and it sent the No. 9 car into the wall. Elliott likely would have finished in the top 3 if his tire would have stayed together. Elliott starts on the second-row so he will have the track position to score a lot of Stage points Sunday night. I will have the No. 9 car in the Garage as an insurance policy at Las Vegas.