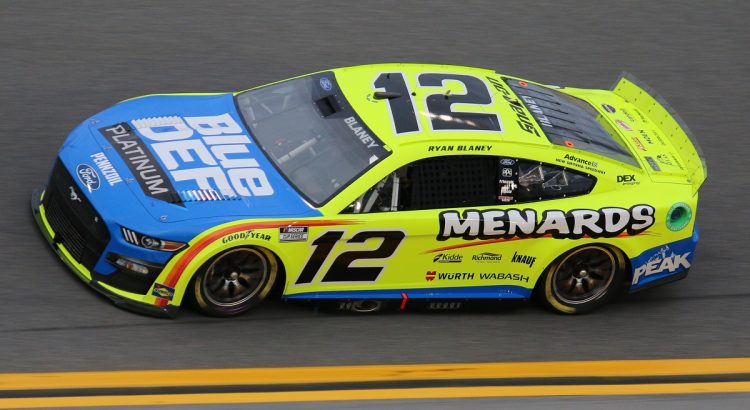 The Cup Series showed of their new car last week at Auto Club Speedway and the reviews were mixed. The racing was outstanding and there was a lot of drama in the final laps. But the Gen-7 car also had its flaws. The car is a lot tougher to drive (that is not a bad thing). When the drivers spun out and the tires went flat, it caused the driver to go many laps down because they could not drive the car back to the pits. Hopefully NASCAR figures out a way to deal with the tire issue. Now we get to see how the new car performs in the Pennzoil 400 at Las Vegas Motor Speedway.

The Fantasy Live picks got off to a hot start at Daytona and then cooled down at Auto Club. Kyle Busch had problems the entire race so I put the No. 18 car in the Garage. The Fantasy Live team was looking good with Tyler Reddick dominating the race and the rest of the lineup running in the top-10. Then Reddick had a flat tire and got into the wall and Kyle Larson “accidently” took out Chase Elliott. Oh, how quickly everything can go downhill in Fantasy NASCAR. We need a bounce-back race, so I am not saving any top drivers Sunday.

Auto Club Speedway and Las Vegas Motor Speedway are different size tracks and they race differently, but I am still using some of the date from last week’s race for the lineup Sunday. NASCAR gave the teams 35 minutes to dial in the car during practice (it was 15 minutes last week). Most of the teams made a long run so we should have a good idea of which drivers have the speed for the Pennzoil 400. I am not too worried about allocations this week because I want my top drivers at the 1.5-mile tracks. 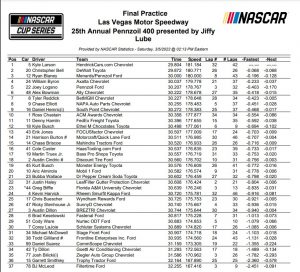 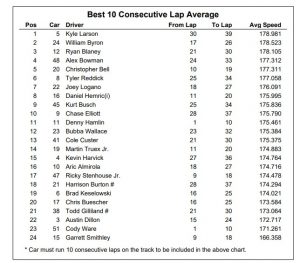 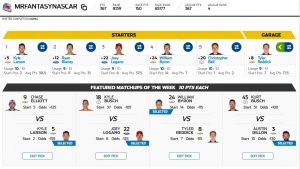 Kyle Larson (10): I did not want to use Larson last week because I wanted to see if his success last year would transfer into the new car. It did. Larson has won five of the last seven races in the Cup Series and the last three races on the intermediate tracks. He also won the spring race at Las Vegas last year. There is no reason to believe Larson will not score a lot of Stage Points and finish up front Sunday. He was fastest on all of the speed charts and the No. 5 car starts second. There are only seven intermediate tracks on the Fantasy Live schedule. I plan to use Larson at all of them.

Ryan Blaney (9): The No. 12 car has been consistently one of the fastest Gen-7 cars so far this season. Blaney had the fourth-fastest green flag speed last week and he was third-fastest in practice Saturday. He was also third-fastest on the 10-lap average speed chart and second-fastest on the 15-lap average speed chart. Blaney qualified 11th. He finished fifth in both races at Las Vegas last year. The No. 12 car should have a good chance to finish in the top-five Sunday.

Joey Logano (9): Logano has a history of running well early in the season and 2022 is no different. He won the race at the L.A. Colliseum and he finished fifth at Auto Club. Logano has also won two of the last three races in March at Las Vegas Motor Speedway. Logano posted the fifth-fastest speed in practice and the No. 22 car qualified sixth for the race. Logano will have a good chance to score a lot of Stage Points and finish in the top-five at Las Vegas.

William Byron (10): Can you believe Byron is 33rd in the Cup Series Point Standings? The No. 24 car had the third-fastest average green flag speed last week and he is fast again this week. Byron posted the fourth-fastest speed in practice with the second-fastest 10-lap average speed and Byron post the fastest 15-lap average speed. He had the best long run car in practice. Byron should have no problem getting to the front, scoring Stage Points and he should finish in the top-five. He just needs a bit more luck.

Christopher Bell (10): I was not planning on using Bell in this race because Joe Gibbs Racing looked like trash like week. David Wilson (President of Toyota Racing Development) said the reason they stunk up Auto Club is becase the put a protective covering over the radiator to protect it from getting sand in the car. This caused the Toyota’s to overheat and lose 10 horsepower to the field. Now they have it fixed and Bell went out and posted the second-fastest speed in practice and he won the pole. He also posted the fifth-fastest 10-lap average speed and he was third-fastest on the 15-lap average speed chart. His car is just too fast to fade Sunday.

Garage Driver: Tyler Reddick (9): I was planning on starting Reddick in the race but instead I will start the No. 8 car in the Garage. Reddick looked fast once again this week. He posted the seventh-fastest speed in practice. He was also sixth-fastest on the 10-lap average speed chart. Reddick dominated the race last week at Auto Club. I will have him in the Garage just in case he has the same speed Sunday.