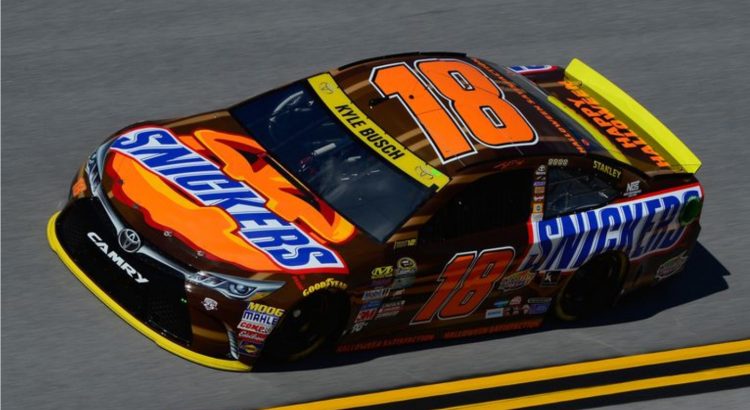 The NASCAR Cup Series will travel back Martinsville Raceway this week for the final race in the Round of Eight. Kyle Larson already has is spot in the Championship Four next week at Phoenix. It will be fun to see which three drivers that will be joining him in the race for the 2021 Championship Trophy. The Xfinity 500 can be seen Sunday at 2 p.m. ET on NBC.

It will be very important to use the correct strategy for your picks this week. There is no need to save your top drivers for the Championship Race at Phoenix. The four drivers competing for the championship WILL NOT earn Stage points at Phoenix. So it is a better idea to use your allocations with your top drivers at Martinsville. It will also be important to save the playoffs drivers for Phoenix if you do not think they will advance. Yes, I am talking about you Joey Logano.

It will be important to understand what the strategy the playoff drivers will use this week because it will determine how many fantasy points they are likely to score in the race.

Kyle Larson won both races in the Round of Eight. The No. 5 team will likely be more focused on next week’s race. Larson will likely give up Stage points to go after the win Sunday. There is no reason to save Larson for Phoenix since he will not earn Stage points next week. I recommend using Larson as a Garage pick if you have any allocations left with the No. 5 car.

Chase Elliott and Denny Hamlin are my favorite picks this week. Elliott earns a spot with a win or a 15-place finish, even if he does not score and Stage Points. Hamlin will earn a spot with a win or a 12th place finish, even if the No. 11 car does not score any Stage Points. Both drivers will simply try to earn as many Stage Points as possible since they have an easy path to Phoenix on points. I expect Elliot and Hamlin to be the highest scoring drivers this week. There is no reason to save Elliott or Hamlin for Phoenix since they are likely to advance to the Championship Four and will not earn Stage Points next week.

Kyle Busch, Ryan Blaney, Martin Truex Jr. and Brad Keselowski are separated by seven points. These drivers will try to score Stage Points in Stage 1 and then see where they stand in points at the end of Stage 2. If the drivers are well below the cut-line, they will likely give up Stage 2 Points to go after the win. I like Truex the best from this group and Blaney second. The No. 19 and No. 12 cars have the best chance to advance to Phoenix so I recommend using both cars this week.

Joey Logano is 26 points behind his competitors, so the No. 22 car will likely need a win to advance to Phoenix. Logano is the riskiest pick this week because I doubt the No. 22 team will care very much about Stage Points. Logano will be focused on the win and he will use a risky strategy to get his car up front at the end of the race. Logano will be the best pick next week if he does not advance and is allowed to earn Stage Points.

Here are my picks for the Xfinity 500…

* I am hedging my picks this week and selecting Toyota as the winning manufacturer and Hendrick Motorsports as the winning team. This should be a battle between Joe Gibbs Racing and HMS Sunday.

Martin Truex Jr. (2): I have two allocations left with Martin Truex Jr. so I will use him this week and if he fails to qualify for the Championship Four, Truex will be back in the lineup at Phoenix. Truex won 3 of the last 4 races at Martinsville, averaged 14 Stage Points per race and averaged 186 laps led. That is domination. Truex needs to be in your lineup if you have any allocations left with the No. 19 car.

Denny Hamlin (1): I have one allocation left with Denny Hamlin and I am using it this week. Hamlin has a good chance to advance to the Championship Four at Phoenix and that means this will likely be Hamlin’s last race to earn Stage Points. Hamlin can clinch a spot in at Phoenix by finishing in the top-five in Stage 1 and Stage 2. I expect the No. 11 team to use a strategy to earn as many Stage Points as possible Sunday. That is good news for our fantasy teams.

Chase Elliott (2): I have two allocations left with Chase Elliott so I will use him this week and if he does not advance to the Championship Four at Phoenix, I will still have an allocation to use next week too. Elliott is in the same situation at Denny Hamlin. He can clinch a spot in the Championship Four by earning top-five Stage Points in both Stages Sunday. The No. 9 team will use a conservative strategy to keep their car up front to earn as many Stage Points as possible. Elliott should be one of the highest-scoring drivers Sunday.

Brad Keselowski (1): I have one allocation left with Brad Keselowski and I will use it Sunday. Keselowski has not been as good as his teammates (Ryan Blaney and Joey Logano) in races using the 750 HP aero package, but Keselowski is good under pressure and he is good at Martinsville. He finished 5th, 1st, 3rd, 3rd, 4th and 33rd in his six races using the 750 HP aero package at Martinsville. He was running 6th in April when he was spun out, unless it would be all top-10 finishes for Keselowski. I will roll the dice with the No. 2 car Sunday.

Kyle Busch (2): I have two allocations left with Kyle Busch so if he does not advance to Phoenix, I will still have an allocation left to use with the No. 18 car. To be truthful, I do not trust Rowdy right now. I wish I had an allocation with Ryan Blaney to use in this spot, but I am out of allocations with the No. 12 car. Busch has a history of running well at Martinsville, so I will hope he can keep his temper in check and get a top-five finish this week. Busch had the 2nd fastest short run speed at Martinsville in April. That should help him on the restarts. He should have a good chance to finish up front if they can find some long-run speed Sunday.

William Byron (3): I had a lot of options for the Garage pick this week. I could use Joey Logano but he is awesome at Phoenix. I doubt the No. 22 car will advance to the Championship Four so I will save Logano for next week. Instead, I will use William Byron. He is on a roll right now and his stats at Martinsville are pretty good. Byron finished 2nd and 6th in the two races in this round. He would have been one of the favorites to advance to Phoenix if he did not get eliminated from the playoffs. Byron started 3rd, finished 6th in Stage 1, finished 7th in Stage 2, led 9 laps and finished 4th at Martinsville in April. He also finished 8th at Martinsville last year. The No. 24 car should be a good insurance policy to have in the Garage Sunday.