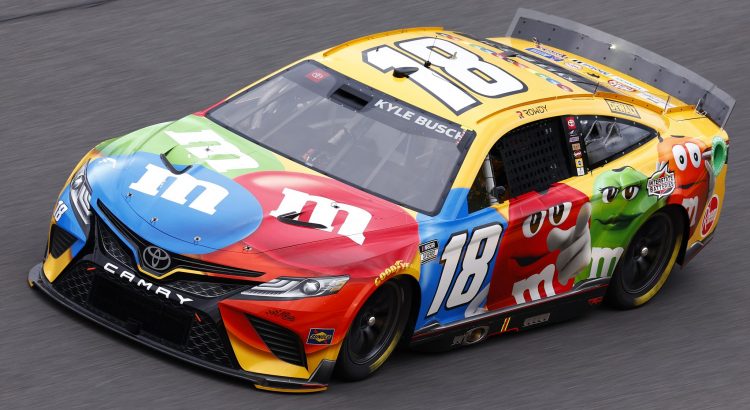 The NASCAR Cup Series will travel to the Irish Hills of Michigan to compete at Michigan International Speedway. This is race No. 23 on the schedule and that means there are only four races left until the playoffs begin. Some teams will be racing for points to improve their playoff position, while others know they need a win in these final four races or their playoff dreams will be over. Michigan always puts on a good show and I expect the same this week. The FireKeepers Casino 400 can be seen Sunday at 3 p.m. ET on USA Network.

Every year I see Fantasy Live players make the same mistake. They look at their drivers and see one or two allocations left and they think, “I am low on allocations with that driver, I need to save him.” Do not do that!!! There are only four races left in the Fantasy Live regular season. One of the races is on a road course and the other is at Daytona. That means we only need our top drivers from the race this week at Michigan and the race at Richmond (except Chase Elliott. We need to save one allocation with the No. 9 car for Watkins Glen). The rest of the drivers are all in play this week. If a driver posts some fast laps in practice and qualifies up front, he needs to be in our lineups. Do not worry about allocations anymore.

Here are the picks for the FireKeepers Casino 400… 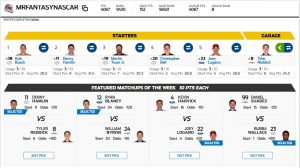 KYLE BUSCH (3): All the talk about Busch not running well because he is distracted by the contract discussions is nonsense. I think Busch already knows where he is racing next year but the organizations involved are waiting to dot the I’s and cross the T’s before they make the announcement. Busch has been one of the most consistent drivers at Michigan. He has finished his last nine races at the track in the top-10. Busch posted the fastest speed in practice and qualified third for the race. I will use one of my allocations with Rowdy Sunday.

DENNY HAMLIN (3): What should we do with Hamlin and his “Dr. Jekyll and Mr. Hyde” season? Hamlin runs up front and scores very well in Fantasy Live one week and then he looks like complete garbage the next week. Hamlin should be a good pick at Michigan. He finished 5th, 2nd, 6th and 2nd in his last four races at Michigan. Hamlin posted the third-fastest speed in practice and qualified ninth for the race. I will take a chance with the No. 11 car Sunday.

MARTIN TRUEX JR. (3): Truex Jr. is nearly in a “must win situation.” Truex would be the last driver in the playoffs if the playoffs started this week. That does not mean anything if the Cup Series has another first-time winner. The No. 19 team knows they need a win this week. Truex has been a beast at Michigan. He finished 10th, 3rd, 3rd, 4th and 3rd in his last five races at the track. Truex posted the fifth-fastest speed in practice and qualified seventh for the race. I will use an allocation with Truex Sunday.

CHRISTOPHER BELL (3): Bell said after his win at New Hampshire last month, “This is not going to be our only win this year. We have some tracks that are coming up on the schedule that I think we should win. Michigan is one of my favorite tracks. I expect to have another chance to win there.” I wrote his remarks in my notes and highlighted “PLAY BELL AT MICHIGAN.” He comes from the same school of racing as Kyle Larson and Tyler Reddick. Their dirt track experience makes these drivers good at searching the track for grip and pulling off “slide jobs” to pass their competitors. The No. 20 car is just another fast Toyota this weekend.

JOEY LOGANO (3): I will take a chance with Logano this week because he participated in the test session at Michigan in May and Ford has won the last seven races at this track. The gamble seems to be paying off. Logano posted the fastest speed in practice on the five-lap speed chart and he qualified fourth for the race. I will use another allocation with the No. 22 car Sunday.

GARAGE DRIVER: TYLER REDDICK (3): Reddick will have some momentum Sunday after his win at the Brickyard last week. Reddick has two wins this year and he will have a good chance to add a third to his playoff resume Sunday. Reddick completely dominated the race at Auto Club in February. He led 90 of the 200 laps but bounced off the wall one too many times in the race. Reddick will once again be up against the wall scoring Stage Points. If he can keep his car in one piece, Reddick should be a good pick. I will have Reddick in the Garage just in case he dominates again Sunday.

RYAN BLANEY vs. WILLIAM BYRON (My pick is RYAN BLANEY)