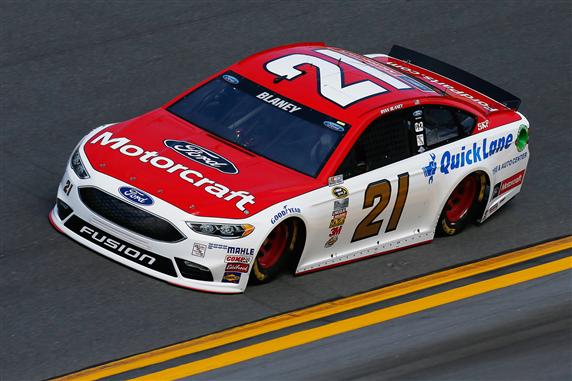 The monster Energy NASCAR Cup Series will compete at Michigan Sunday. This is the second trip to the Irish Hills in less than two months. The drivers who ran well in the June race should be up front this week.

There are only 200 laps in the race Sunday. That means there are 200 bonus points available for leading laps and fastest laps in the race. Martin Truex Jr., Kyle Busch and Kyle Larson led 198 of 200 laps and scored 113 fastest laps. They also scored 52 Stages points. That is 207.5 bonus points for these three drivers. If you have been holding onto these drivers and have them at a discount I can understand wanting to use them this week.

Kyle Larson has won the last two races at Michigan and I see no reason why he cannot win again Sunday. He was fastest in the first practice Saturday and 7th fastest in final practice with the best 10-lap average speed.

Brad Keselowski has a great chance to win his first race at his home track. The driver who has won the pole has won 6 of the last 9 races at Michigan. He was 2nd fastest in the morning practice Saturday and fastest in final practice.

Ryan Blaney has a car that is a lot faster than where he qualified. He finished 1st in the first two rounds of qualifying but overdrove turn three in the final round. He also had the fastest car in Fridays practice. He should quickly move up this week.

Kurt Busch is a good pick for his price. I want four drivers who can finish both Stages in the top 10 (to give me bonus points) and Busch can do that this week. He qualified 15th and ran in the top 10 in practice.

I am sticking with Danica Patrick this week because I have her at a significant discount and she has been running well the last two months. Patrick has finished last four races on oval tracks in the top 15. Stewart-Haas Racing should give her the horsepower to outrun half the field this week.

Here are my picks for the Pure Michigan 400…

If you cannot afford my team, this is another team I plan to use today.

* I know Kasey Kahne will start from the rear in a backup car. He took the car on track and ran the 15th quickest lap in Final Practice so he should have no problem making his way through the field.