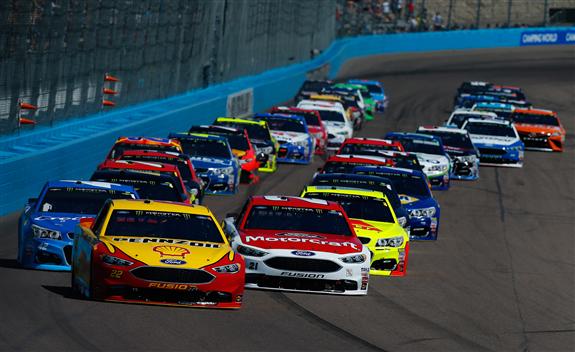 It was another great start for my Fantasy Live picks. I was able to score 202 points at Daytona, 265 at Atlanta and 282 at Las Vegas. It the trend continues my picks should score over 290 this week. OK, that may be wishful thinking, but I think I put together a good lineup for the race Sunday.

Kevin Harvick is the safest pick in the field this week. He qualified 10th but that does not mean much for the No. 4 team. Since the track was reconfigured in 2011, Harvick has an average starting position of 11.7 and an average finishing position of 3.1. So the odds of him moving into the top five are very high. He has only finished one of the last 12 races at Phoenix outside the top 6. Harvick is a great pick this week.

Kyle Busch is great at Phoenix. The track ranks as his second-best track on the circuit. Busch is much better in the March then he is in November at the track. Busch has led an average of 94.5 laps in the last two races in March at Phoenix. Having a practice race in the Xfinity Series should help him even more. This is a great week to use an allocation with the No. 18 car.

Denny Hamlin dominated this race in November. He qualified 2nd and led 193 laps in the race. This is one of the best tracks for Joe Gibbs Racing so I expect Hamlin to run well again Sunday. Hamlin is a flat track master so get him in your lineups this week.

Kyle Larson finished 2nd in this race last year and his car is fast again this weekend. He qualified 2nd and was in the top 10 on every speed chart. Larson should perform well Sunday.

Chase Elliott has not won a race in the MENCS yet, but that could change Sunday. Elliott had one of the cars to beat in the November race at Phoenix. He finished second, but he said he learned a lot from that race. Elliott has looked very fast in practice and he starts 3rd this week. Phoenix ranks as his 4th best track so do not worry about burning an allocation with him.