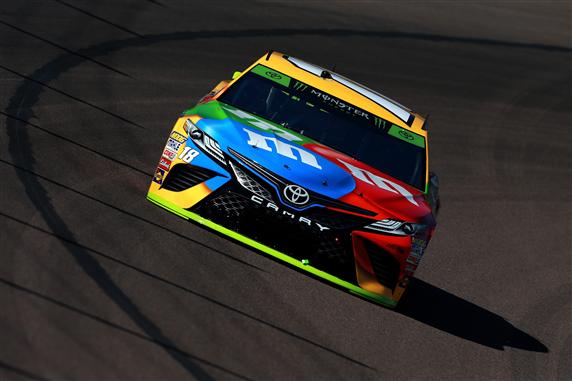 My two Playoff Drivers will be Kevin Harvick and Kyle Busch. You almost have to have Harvick in your lineup any time the MENCS races at Phoenix. He has 9 trips to Victory Lane at ISM Raceway, including the race in March. Harvick was docked 40 points and now he starts the race 3 points above the cut line. The last time NASCAR took away a win from Harvick, the No. 4 team can out and won the race at Phoenix. I expect them to do it again.

Kyle Busch has actually been better at running up front and leading laps than Kevin Harvick. Busch has led at least 110 laps in 2 of the last 3 races at Phoenix. He has also scored the most Stage points. Busch does not need a win but the No. 18 team never passes up an opportunity to go to Victory Lane. Busch should spend a lot of time in the top 5 at Phoenix.

My two Non-Playoff Drivers are likely to be Denny Hamlin and Erik Jones. Hamlin often gets overlooked at Phoenix but he shouldn’t. Hamlin has led the 2nd-most laps at Phoenix since the MENCS started Stage racing last year. Hamlin runs well when he is not under any pressure. Hamlin was very fast in practice. I expect him to finish in the top 5 from his 10th starting position.

Erik Jones may not be on many teams this week but he should be. Jones has competed in 3 MENCS races at Phoenix and he has never finished outside the top 10. Joe Gibbs Racing usually performs well at ISM Raceway. Jones qualified 7th and posted the 5th fastest lap in final practice. Jones will be driving the car the won this race last year. He should add another top-10 finish to his 2018 resume this week.

My strategy of using a Non-Playoff Driver in the Garage has been paying off. I trust Kevin Harvick and Kyle Busch will finish up front, so I will continue to use a Non-Playoff Driver in Garage. This week that driver will be Brad Keselowski. He has been hit or miss in his career at Phoenix but the No. 2 car has been very fast this week. Keselowski posted the 2nd fastest speed with the 2nd-best 10-lap average speed. He will be a good insurance policy for Erik Jones and Denny Hamlin Sunday.