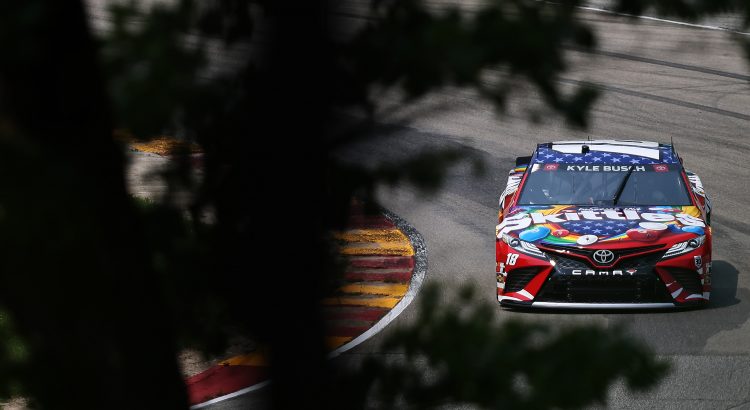 Before I get into the picks for the race today, let me wish everyone a happy and safe 4th of July. Hopefully you can find some time to watch the race between all of the good food and fireworks. There will likely be some fireworks on the track too today.

The Cup Series will compete at Road America for the first time today. We got to see a 50-minute practice session and a qualifying sessions so we should have all of the data we need to score well today. We will need it. The picks did not go well at Pocono, but that is why they call it the Tricky Triangle. I expect a lot more success at Road America.

Here are my picks for Jockey Made in America 250…

Kurt Busch (9): Kurt Busch is a smart driver. He knew he was behind on points so he had to simply take care on his car and start to stockpile top-10 finishes. That is what he has done over the last month and now he is inside the cut-line for the playoffs. Busch has also been one of the best drivers on the road courses. Busch finished 4th at the Daytona Road Course and 6th at Sonoma. His average finishing position in his last six races at Watkins Glen is 7th. That should translate into a top-10 finish Sunday.

AJ Allmendinger (8): I got in a debate with one of the odds makers in Las Vegas about who the best road course driver is in NASCAR. His argument is that Chase Elliott is hands down the best. It is hard to argue against Elliott’s success, but how good would AJ Allmendinger be if he drove the No. 9 car for Hendrick Motorsports? I think he would be unbeatable. Allmendinger will once again be in the No. 16 car for Kaulig Racing. Allmendinger has won at Road America before and he could do it again Sunday.

Austin Cindric (10): Austin Cindric will be back in the No. 33 for Team Penske Sunday. He has a lot of experience at Road America and he will get even more this week since he is competing in the Xfinity and Cup Series races. That means Cindric will get two practices, two qualifying sessions and 45 laps Saturday to figure out the track. It shouldn’t take him that long to figure it out. Cindric won at Road America last year and he finished 2nd in 2019.

Daniel Suarez (10): I am going to try and squeeze out a start from Daniel Suarez. He qualified in the top-10 and track position is very important at this track. Suarez finished 16th at the Daytona Road Course and 12th at Sonoma. He should be able to stay in the top 12 today.

Garage Driver Christopher Bell (8): Can he do it again? Christopher Bell won the road course race at the Daytona road course. He has also had a lot of success at road America. Bell went to Victory Lane in the 2019 race at Road America. Joe Gibbs Racing always brings fast cars to the road courses so it will be a good idea to have some of their drivers in your lineup. I will have Bell in the Garage as an insurance policy today.