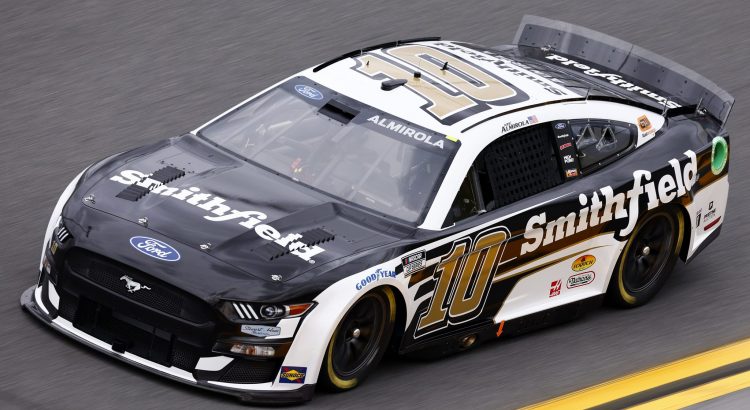 The Cup Series will travel to Talladega this week for another Superspeedway race. The teams already competed at Daytona and now that Atlanta Motor Speedway has been turned into a Superspeedway, the teams will have a lot of notes to prepare their Gen-7 car for this race. The GEICO 500 can be seen Sunday at 3 p.m. ET on Fox.

I have never been more frustrated with my picks in the Fantasy Live game than I am this year. My Garage Driver is cursed. Each week I watch the first two Stages and pick out the top-five drivers for the final Stage. The driver who runs like crap is put in the Garage. This year, the Garage Driver has come to life in the final Stage and nearly wins the race. Last week Tyler Reddick was running outside the top-15. I put the No. 8 car in the Garage and he totally dominated the final Stage. WTF? My luck has to turn around sooner or later.

We only get 10 allocations with each driver so we need to find some races where we can fade the top drivers. The race at Talladega is one of the most unpredictable on the schedule. I will be leaving my top drivers off my team this week and take a chance with some drivers I do not plan on using 10 times throughout the season. 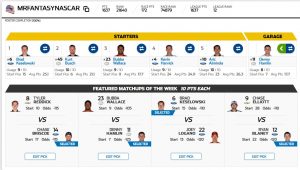 BRAD KESELOWSKI (9): Keselowski is one of my favorite picks this week. We know where he will be in the race. Keselowski likes to be aggressive at the Superspeedways. He likes to run up front, score Stage Points and tries to be in front of the wrecks. Keselowski needs a win because of the penalty his team received for modifications they made to the Gen-7 car earlier this season. I think he will have a good chance to win 7th race at Talladega Sunday.

KURT BUSCH (10): I really haven’t even thought about using Busch this year. He has not been a bad pick, but he just never shows up at the top of the list when I research the stats for each race. I have 10 allocations with Busch so I will use one this week. He has been hit or miss at Talladega over the last 6 years. Busch has 8 finishes in the top-10 and 4 finishes outside the top-25. I think a switch to Toyota will help him out Sunday. Busch should be drafting with Denny Hamlin and Bubba Wallace in the race. That is not a bad place to be on the track.

BUBBA WALLACE (9): Wallace finally found something he is good at. He is not good at throwing a football or riding a skateboard, but he is awesome at the Superspeedways. Wallace finished second in the Daytona 500 and 13th at Atlanta this year in the Gen-7 car. He won the last race at Talladega and I would not be surprised if Wallace was in Victory Lane Sunday. This is a good race to use Wallace and save your good drivers for more predictable tracks.

KEVIN HARVICK (9): I was planning on using all 10 allocations with Harvick this year but that may not be the case. I have only used the No. 4 car once through nine races. I will use another allocation with Harvick Sunday. He is a past winner at Talladega and one of the more reliable drivers in the field. He finished 5th, 2nd, 27th and 9th in his last four races at the track.

ARIC ALMIROLA (10): Would it surprise you if Almirola won the race Sunday? I know I wouldn’t be surprised. He has wins at Daytona and Talladega on his resume. Almirola probably should have more wins than he does at these tracks, but Almirola has a habit of being wrecked on the final lap. Almirola finished 5th in the Daytona 500 this year. He should have a good chance to win Sunday.

GARAGE DRIVER: DENNY HAMLIN (8): I was planning on using Hamlin 4 times in the first 10 races but I only used him twice because he struggled early in the season. Now the No. 11 team has a win in the bank and I have 2 extra allocations with Hamlin. We all know Hamlin is one of the best drivers in the Cup Series on the Superspeedways. I do not want to use one of my extra allocations with Hamlin Sunday, but I will if I have to. Hamlin will be a good insurance policy to have in your lineup.