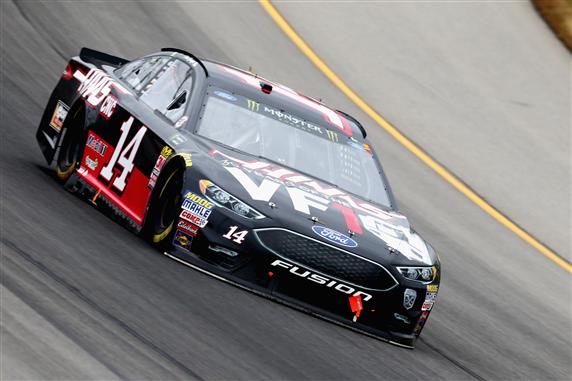 The MENCS has reached the Round of 8 and that means the Fantasy Live game just got a lot easier. There are only 8 Playoff Drivers to choose from and they all run well at Martinsville. The field includes: Kyle Busch, Denny Hamlin, Martin Truex Jr., Joey Logano, Kevin Harvick, Chase Elliott, Kyle Larson and Ryan Blaney. That also means there are more options in the Non-Playoff Driver category. Brad Keselowski, Clint Bowyer, Alex Bowman and William Byron will not be available for your Non-Playoff Driver category. I expect some high scores in the Fantasy Live game Sunday.

Here are my picks for the race in Martinsville….

Denny Hamlin: Hamlin has been on fire this season and now the MENCS competes at his best track. Hamlin has 5 wins and 11 finishes in the top 3 at his home track. The No. 11 car qualified 5th, scored 13 Stage points and finished 5th in March at Martinsville. Hamlin is going to be a hard driver to beat Sunday starting from the pole, with the No. 1 pit stall. I am just keeping it simple this week and picking Hamlin to win the Stages and races too. His is the driver to beat.

Martin Truex Jr: Joe Gibbs Racing has dominated the short tracks so I want at many of their drivers as possible. I will play Martin Treux Jr. and Denny Hamlin in the Playoff Driver spots and Kyle Busch in the Garage. Truex has not been to Victory Lane at Martinsville, but he has been very close. He had one of the fastest cars last year but got “moved out of the way” in the final laps last year by Joey Logano. Truex already said he will not be as nice this time around.

Clint Bowyer: Martinsville ranks as the 2nd-best track for Bowyer. He has finished 4 of the last 5 races at this track in the top 7. Bowyer led 215 laps on his way to Victory Lane at Martinsville last year. In March he qualified 10th, scored 6 Stage points and finished 7th. I have been saving my last allocation with Bowyer for this race. This is a rhythm track and Bowyer has the beat down pat.

Aric Almirola: I wasn’t planning on playing Almirola in the Non-Playoff Driver position this week but it is hard to ignore the speed the No. 10 car has. Almirola has one of the best long-run speed cars. He posted the 2nd-fastest 10-lap speed, 2nd-fastest 20-lap speed and the fastest 25-lap speed. Almirola finished 9th at Martinsville in March and he has a history of running well at the paperclip. I will take a chance with him Sunday.

Kyle Busch: The No. 18 team has been hard to trust since the start of the season but this should be the race where the real Kyle Busch shows up.  Busch has a series-high 125.4 Driver Rating and a series-best 2.4 average finishing position in the last 5 races at Martinsville. Here are his last 8 races at the track: 3rd, 4th, 2nd, 1st, 2nd, 5th, 1st and 5th. Not bad. Busch only made one lap in qualifying and it was 9th fastest. If he would have made his 2nd lap he would have competed with Hamlin for the pole. Busch is a good backup plan to have in the Garage Sunday.