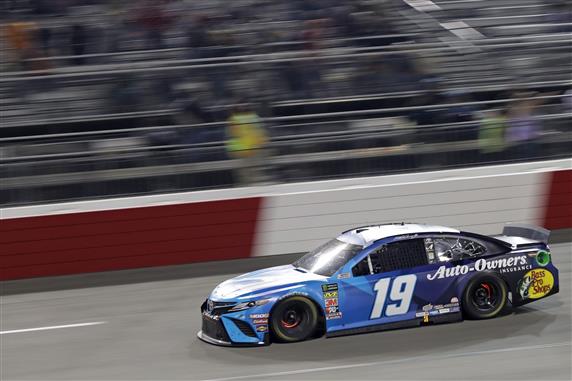 What happens in Las Vegas does not stay in Vegas. It follows the drive to Richmond. Some of the playoff drivers who had poor a race in the desert really need to finish up front at Richmond so they can avaiod a “must win” situation at the Roval next week. Drivers who did perform well last week simply need to maintain their momentum so they can advance to round 2. It should be some exciting racing this week.  The Federated Auto Parts 400 can be seen Saturday night at 7:30 p.m. ET on NBC Sports Network.

My strategy last year was to select a Non-Playoff for the Garage pick. My theory was… The drivers who are running for the championship typically run up front and do not have problems. The Non-Playoff Drivers missed the playoffs because they finish in the back and often have problems. I rather have more options to play from the Non-Playoff Drivers since there are no allocation limits and I typically can find two Playoff Drivers who can run up front all night. Most people select a Playoff-Driver for the Garage and this gives us an advantage over the field.

Here are my picks for the race in Richmond….

* I wrote in my article that Kevin Harvick was my pole pick and like an idiot I forgot to switch it. He did not win anyways but I wanted to explain why Denny Hamlin is listed.

Kyle Busch: Busch was on the radio during practice telling his team how horrible his car was. I looked at the scoring monitor and the No. 18 car was fastest in race trim and fastest on most of the multiple-lap speed charts at the time. Sometimes I wonder if he will ever be happy. Maybe it will be Saturday night in Victory Lane. Busch won 2 of the last 3 races at Richmond. He starts 4th and his pit crew will give him the lead.

Denny Hamlin:  This Virginia native is great at Richmond and he is my pick to win Saturday night. Hamlin has 3 wins at Richmond and he has a 5th place average finishing position at the track since 2015. The No. 11 car posted the fastest 10-lap, 15-lap, 20-lap and 25-lap average speed in final practice. To say this car is fast is an understatement. Hamlin qualified 6th and should score a lot of Stage points and his way to Victory Lane.

Jimmie Johnson: Johnson has 3 wins at Richmond and he said on MRN Radio, “We are going to do everything we can to win this race. Even if it means pitting right before the end of Stage 2 so we can start the last Stage up front and gamble for a win.” His car was not blazing fast in practice but track conditions will be cooler so maybe it will be a rocket. Johnson starts 10th so he should be a good pick Saturday night.

Matt DiBenedetto: DiBenedetto has been good at the tracks where the 750 HP aero package has been used. He ran in the top 5 at New Hampshire and almost won at Bristol. The No. 95 team worked closely with the No. 19 team (Martin Truex Jr.) for their setup in practice. They wanted their car to run well at night. I have a feeling DiBenedetto will post another top-10 finish Saturday night.

I think you need an extra bullet to use in you Non-Playoff Driver lineup so I will use Daniel Suarez in the Garage. I am confident that Kyle Busch and Denny Hamlin will run up front and finish up front so the chances of needing to change one of them out is slim. I do not trust Jimmie Johnson so I need a backup plan. Suarez licked his car in final practice so I will start the No. 41 car in the Garage.