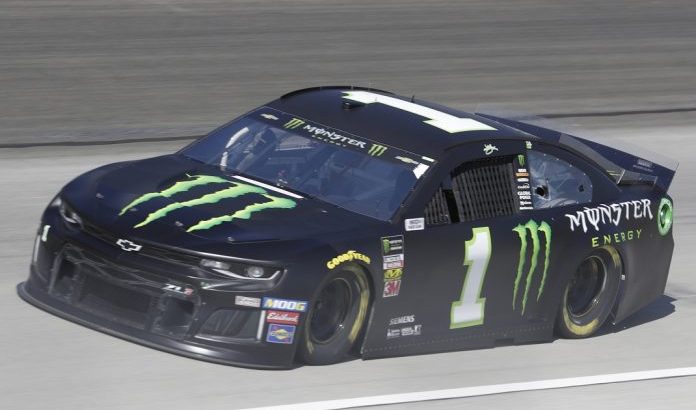 2019 RECAP: My new name for Kurt Busch is “Mr. Fix It.” If you have a race team that is struggling to run in the top 10, call Kurt Busch. He is the best in the business at taking a car that cannot run up front and consistently running in the top 10. He did it with Furniture Row Racing and he did it with the No. 1 car for Chip Ganassi Racing last year. Busch tripled the number of top-five finishes that the car had in previous year and got to Victory Lane at Kentucky. Busch said the team entered the season with the goal of simply running in the top 10. That quickly changed after top-six finishes at Atlanta, Las Vegas and Auto Club to start the season. Busch was good on every type of track and that should not change in 2020.

2020 Preview: Most people wondered if Kurt Busch would return to the No. 1 car in 2020 or announce his retirement. He not only announced he was returning but also announced it was a multi-year deal to compete for Chip Ganassi Racing. Busch may be 41 years old but he still has a lot left in the tank. He has 20 years of experience in the Cup Series so he knows every track inside and out. There really is no weakness for him. It all comes down to how fast the cars will be from the Chip Ganassi fleet. Even if they do not roll off the hauler with blazing speed, Busch is still one of the best drivers in the garage at providing feedback to help his crew chief dial in the car for the race. Everything will be the same with the No. 1 team in 2020 so I would expect similar results from what we saw last year.

Kurt Busch is at his best on the Intermediate tracks. When he qualifies up front, Busch is good at keeping his car up front. When he qualifies poorly, Busch is good at providing feedback to get the speed he needs to climb his way through the field. His ability to manage his tires makes him one of the best picks at Atlanta, Auto Club, Kansas and Kentucky. Busch will be a good pick in both season long games (Fantasy Live and the Driver Group Game) and DFS (Daily Fantasy Sports) at all Intermediate tracks in 2020.  (Kurt Busch ranked 7th in fantasy points scored on the Intermediate Tracks in 2019)

Kurt Busch was always known as the best driver to never win at a Superspeedway but he put those statements to rest with his win in the 2017 Daytona 500. Since that win his average finishing position at Daytona is 25.2. Busch has been a lot better in the spring races at Talladega (finished sixth, second, sixth and eighth in his last four spring races) than he has been in the playoff races at Talladega (finished 28th, 14th and 25th in his last three fall races at Talladega). The allocations for Busch are too valuable at the shorter tracks to be used at the Superspeedways in the Driver Group Game. Busch will be worth a look in Fantasy Live and he will have value in DFS if he qualifies poorly. (Kurt Busch ranked 15th in fantasy points scored on the Superspeedways in 2019)

Kurt Busch has eight wins at the Short, Flat tracks in his career. He has the ability to win at ISM Raceway (Phoenix), Martinsville, Richmond and Loudon in any season but it is more likely that he will run between sixth and 10th at these tracks. His brother and the other Joe Gibbs Racing drivers make it difficult for Busch to finish in the top three. That does not mean Busch is a bad pick. I would save my allocations with him in the Driver Group Game for the Intermediate tracks but he is a good pick for Fantasy Live and DFS if he qualifies up front. (Kurt Busch ranked 8th in fantasy points scored on the Flat Tracks in 2019)

Speedway Motorsports needs to change the name of Bristol Motor Speedway to the Busch Family Playground. Kurt and Kyle Busch are by far the two best picks in Thunder Valley. They finished No. 1 and No. 2 in the spring race last year and they should do it again in 2020. Kurt Busch has finished two of his last three races at Bristol in the top two. Busch is also good at Dover. He has finished three of his last four races at the Monster Mile in the top nine. Busch had a good chance to win the race at Darlington last year. He qualified seventh at Darlington, finished first in Stage 1, second in Stage 2, led 94 laps and finished fourth. Busch should be considered for all fantasy teams in all Steep tracks in 2020.  (Kurt Busch ranked 4th in fantasy points scored on the Steep Tracks in 2019)

Kurt Busch has 40 races on the Road Course on his resume and he only has one trip to Victory Lane (2011 race at Sonoma). He does have 21 finishes in the top 10 though so when you pick Busch for your fantasy team at the Road Course; expect a top-10 finish and not a trip to Victory Lane. Busch should not be used in the Driver Group Game at these tracks because his allocations are more valuable at the oval tracks. He should be a good pick in Fantasy Live and DFS contest at Sonoma. (Kurt Busch ranked 14th in fantasy points scored on the Road Courses in 2019)