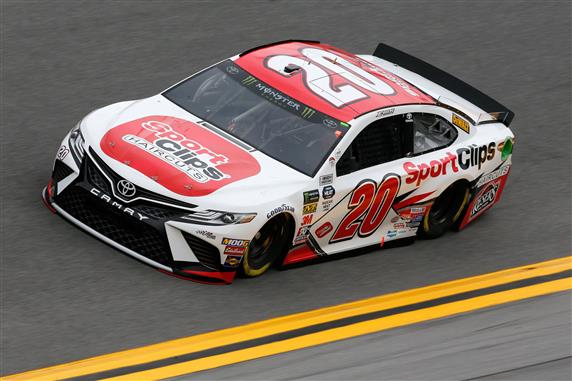 2019 RECAP: Erik Jones had another good season in the Cup Series but he was unable to do anything in the NASCAR Playoffs. Jones found his way to Victory Lane at Darlington, had 10 finishes in the top-five and 17 finishes in the top-10. His 36th-place finish at Las Vegas, 38th-place finish at Richmond (Disqualified) and 40th-place finish at the Charlotte Roval made Jones the last-place driver in the playoffs. He started of slow and heated up during the summer. Jones then went into a horrible slump once the playoffs began. The best tracks for Jones were the Intermediate tracks. That should not change in 2020.

2020 Preview: Many of the people in the Cup Series garage believed the 2019 season was going to be the last for Erik Jones in the No. 20 car. Joe Gibbs Racing showed their support for their young driver and signed him to a contract extension. The length of the contract was not made public but the rumor is that it is for one year. If this is true, there will be a lot of pressure on Jones to perform well in 2020. JGR will likely be evaluating their drivers this season to see which one is replaced by Christopher Bell in 2021. Kyle Busch and Martin Truex Jr. have multiple years left on their contracts, while Denny Hamlin can be a free agent at the end of the season if JGR wants him to be (Hamlin has an option year for the 2021 season). Jones could be competing against Hamlin for a ride with JGR in 2021 or the team could keep them both if they perform well. The rumors will heat up as we get deeper into the summer months.

Jones will have a lot of fantasy value as long as he is in a Joe Gibbs Racing Toyota. Keep in mind that Jones always starts off slow. He reminds me a lot of Tony Stewart. Jones likes a hot, slick track and we do not get many of them in February and March. He will have a lot of fantasy value in both season long games (Fantasy Live and the Driver Group Game) and DFS (Daily Fantasy Sports) on the Intermediate tracks. He is also a good sleeper pick at the Superspeedways.

Erik Jones won the summer race at Daytona in 2018 and he backed it up with a third-place finish in the Daytona 500. Talladega continued to be one of his worst tracks. His average finishing position in his six races at Talladega is 28.1. The Toyota’s have the numbers stacked against them at the Superspeedways but that has not stopped Joe Gibbs Racing from performing well at Daytona. Denny Hamlin won the Daytona 500, Kyle Busch finished second and Jones was third. Jones is worth a look in DFS at Daytona if he qualifies poorly and has a chance to score place differential points. I recommend fading him at Talladega though. (Erik Jones ranked 18th in fantasy points scored on the Superspeedways in 2019)

When you look at the stats it looks like Erik Jones was not very good at the Flat tracks in 2019. Looks can be deceiving though. Jones finished seventh at Phoenix and third at Loudon. He also finished fourth at Richmond but his car failed post-race inspection so his finish was changed to a 38th place finish. It was the disqualification and the poor runs at Martinsville that made his stats look ugly. Jones will still have fantasy value in all games at Loudon and Richmond. He also has three consecutive finishes in the top five at Pocono so he should be in all fantasy lineups at the Tricky Triangle too. (Erik Jones ranked 23rd in fantasy points scored on the Flat Tracks in 2019)

Erik Jones nearly won the race at Bristol in his rookie season. He led 260 of the 500 laps. Jones has not had much success in Thunder Valley since that race. He has been much better at Dover than at Bristol. Jones has finished two of his last three races at the Monster Mile in the top six. His best track on the circuit is Darlington. He proved he knows how to tame the Track Too Tough to Tame when he went to Victory Lane at the track last year. Jones has never finished worst than eighth at Darlington so he must be in all fantasy lineups at the Lady in Black and it is a good track to use him in the One and Done games. (Erik Jones ranked 10th in fantasy points scored on the Steep Tracks in 2019)

Erik Jones is not the first driver that comes to mind when people think of Road Course racing but he has been one of the best sleeper picks at Sonoma and Watkins Glen. Jones has finished seventh and eighth in his last two races at Sonoma and fourth and fifth in his last two races at Watkins Glen. Jones can be used in all fantasy lineups at these tracks but make sure you fade him at the Charlotte Roval. His average finishing position at that track is 35th. (Erik Jones ranked 17th in fantasy points scored on the Road Courses in 2019)