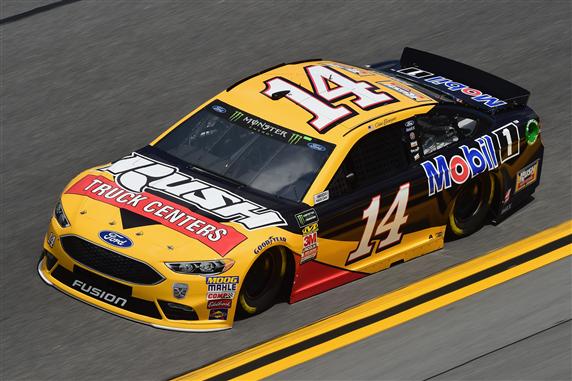 2018 RECAP: Clint Bowyer had his best season in the Cup Series since his time at Michael Waltrip Racing in 2012 and 2013. Bowyer had two wins (Martinsville and Michigan), nine finishes in the top five (25% of the races) and 16 finishes in the top 10 (44% of the races). He was also able to lead 490 laps. That is the most laps he has ever led in a season in his Cup Series career. Bowyer looked like a real threat to make the final four at Homestead but he had a poor second round of the playoffs. He will look to build upon this success in 2019. (Clint Bowyer ranked 10th in fantasy points scored in 2018)

2019 Preview: Clint Bowyer could easily be ranked a lot higher but the competition in the top 12 in very tough. Bowyer will likely finish higher in the NASCAR playoff standings then he will in fantasy value. Bowyer needs to be more consistent to be a top 10 fantasy pick. His 16 finishes in the top 10 are good, but the top 10 fantasy drivers all have nearly 20 top 10 finishes. Maybe this is the year Bowyer takes off and proves he is ranked too low.

Stewart-Haas Racing will be switching to the new Ford Mustang this season. I do not expect the Ford teams to struggle with their new car like the Chevys did last year. Ford had two years to put this car together so they should have it figured out by the time the Cup Series returns from the west coast. Everything outside the car will be the same for the No. 14 team in 2019. Mike Bugarewicz will serve as the crew chief and the car will have multiple sponsors. Bowyer is in his last year of his contract with Stewart-Haas Racing. With so much young talent entering the sport, Bowyer needs a good 2019 season to keep his seat in the car. I think he will do just that.

Clint Bowyer was a top-10 driver on the intermediate tracks in 2019. He had two finishes in the top five (Atlanta and Chicago) and four finishes in the top 10. Bowyer had the 8th-best average running position on the 1.5-mile tracks but his problem was getting to the front. The only race he led any laps in was at Chicago when he led 21 laps. Fantasy players need drivers who score bonus points for laps led and Bowyer was unable to do that. He is a safe pick but does not offer a lot of upside. I would save Bowyer in the Driver Group Game for the flat tracks, steep tracks and road courses. (Clint Bowyer ranked 10th in fantasy points scored on the intermediate tracks in 2018)

Clint Bowyer has 10 career wins in the Cup Series and two of them came at Talladega. Last year he was hit or miss at the track. He wrecked in the April race at Talladega (finished 31st) but he bounced back with a 2nd-place finish in October. Bowyer has been hit or miss at Daytona too. He finished 15th or worse in three of his last four races. His one finish inside the top 15 was a 2nd-place finish in 2017. Bowyer is driver who will run upfront at the Superspeedways but he has had a 60% accident rate in the races. That is too risky for fantasy. I would save Bowyer for the more predictable races.  (Clint Bowyer ranked 15th in fantasy points scored on the Superspeedways in 2018)

Clint Bowyer has a lot of fantasy value at two of the steep tracks (Bristol, Dover and Darlington) in 2019. He was one of the best fantasy picks in the field at Bristol last year. Bowyer finished 6th and 8th in the two races and led 120 laps. He is a good fantasy pick in all games in Thunder Valley. Bowyer has finished two of his last three races at Dover in the top six. He has also led laps in two of these races. He is a good pick for your fantasy team at the Monster Mile. Stay away from Bowyer at Darlington. It is by far his worst track. Bowyer finished 36th and 40th at the Track Too Tough to Tame in his two races with Stewart-Haas Racing. Bowyer will likely struggle at the track again in 2019. (Clint Bowyer ranked 7th in fantasy points scored on the steep tracks in 2018)

Clint Bowyer is one of the best road course (Sonoma, Watkins Glen and Charlotte Roval) drivers in the Cup Series. Sonoma ranks as his best track and the Charlotte Roval ranks 2nd. Bowyer has finished 2nd and 3rd at Sonoma since joining Stewart-Haas Racing. He must be on all fantasy teams in Northern California. Last year Bowyer qualified 7th and finished 3rd in the inaugural Roval race at Charlotte. He will be a good pick for your fantast team at the track this season. Bowyer has never won at Watkins Glen but he has an 8th-place average finishing position at the track since joining Stewart-Haas Racing. Bowyer is a good pick in upstate New York too. (Clint Bowyer ranked 4th in fantasy points scored on the road courses in 2018)