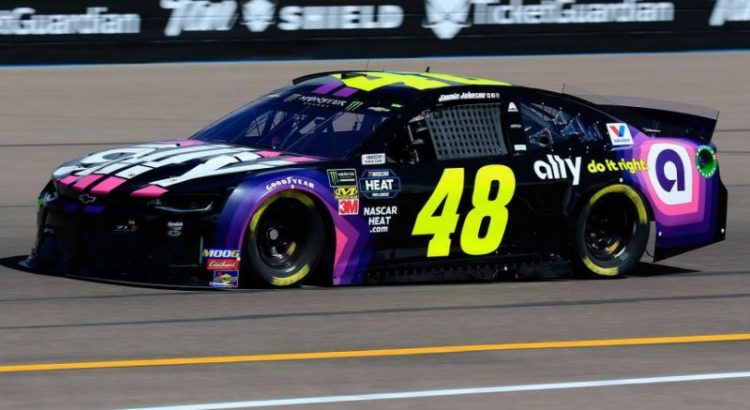 2019 RECAP: Jimmie Johnson had a decent season in 2019 but not good enough to make the NASCAR playoffs. He had 12 finishes in the top 12, three finishes in the top five (Texas, Chicago and Daytona) and he won his first pole (Texas) since the 2016 season. Johnson was at his best at Texas Motor Speedway. He had a real good chance to win both races in the Lone Star State but could not find the speed at the end of the race to get the job done. Johnson said after he was eliminated from playoff contention, “We are going to use these last 10 races to prepare for the 2020 season. It will be interesting to see if the No. 48 team learned anything in those final 10 races to help them get off to a hot start in 2020.

2020 Preview: Jimmie Johnson announced that the 2020 season will be his last in the Cup Series. It has been quite the run, with seven Championships and 83 trips to Victory Lane. So how will Johnson end his career? I expect it will be similar to the way Jeff Gordon and Tony Stewart went out of the sport. Both of these Hall of Fame drivers stepped up their game and found Victory Lane one last time (Gordon at Martinsville and Stewart at Sonoma). I expect Johnson to win one of the races at Texas this season and finish double-digit races in the top 10. If he can win at Texas (or any other track) it will lock him into a playoff spot. I doubt he will do much in the playoffs but it will be a good story to watch.

Jimmie Johnson was at his best at the 1.5-mile tracks last year. His average starting position at these tracks was 14th and his average finishing position was 11th. He led at least 40 laps in both races at Texas and had a car capable of going to Victory Lane. He also ran well at Chicago (Johnson finished fourth) and in the Coca-Cola 600 at Charlotte (Johnson finished eighth). Johnson will be a good pick for season long games (Fantasy Live and the Driver Group Game) at Texas and Chicago and he will have fantasy value in DFS (Daily Fantasy Sports) at these tracks if his price is cheap enough. (Jimmie Johnson ranked 17th in fantasy points scored on the Intermediate Tracks in 2019)

Jimmie Johnson had some success at ISM Race (Phoenix) last year but was horrible at Martinsville and Loudon (he finished all three races 24th or worse). I would not worry too much about Johnson on the Flat tracks in 2020. He has 16 trips to Victory Lane on his resume with nine of them coming at Martinsville. NASCAR will change the down-force rules for the 2020 season and take the huge spoiler off the cars. This should help Johnson get back to running up front at Martinsville and he should continue to have fantasy value at Phoenix. (Jimmie Johnson ranked 18th in fantasy points scored on the Flat Tracks in 2019)

Two of the best tracks for Jimmie Johnson have been Dover and Bristol. He has 11 wins at the Monster Mile. That is more than any other track on the circuit. He was also one of the most consistent drivers in Thunder Valley before last year. Johnson has finished nine of his last 11 races at Bristol in the top 10. The reduced spoiler for the 2020 season on the short tracks should allow Johnson to get back to the front at Dover. He should be on all fantast teams at the Monster Mile. He will also be a good allocation saver for the Driver Group Game at Bristol. He has not finished in the top 10 at Darlington since 2014 so there are better picks for your fantasy team at the Lady in Black. (Jimmie Johnson ranked 13th in fantasy points scored on the Steep Tracks in 2019)

If you are going to select Jimmie Johnson for your fantasy team at a Road Course it should be at the Charlotte Roval. He almost won the inaugural race at the track in 2018 and he qualified fourth and finished ninth last year. He is a good pick for all fantasy teams at the Roval. Johnson has had success at Sonoma but his last top-10 finish at the track was in 2015. There are better drivers for your fantasy team in Northern California. Stay away from Johnson at Watkins Glen. It is his worst track. His average finishing position in his last four races at the track is 29.5. Not good. (Jimmie Johnson ranked 12th in fantasy points scored on the Road Courses in 2019)