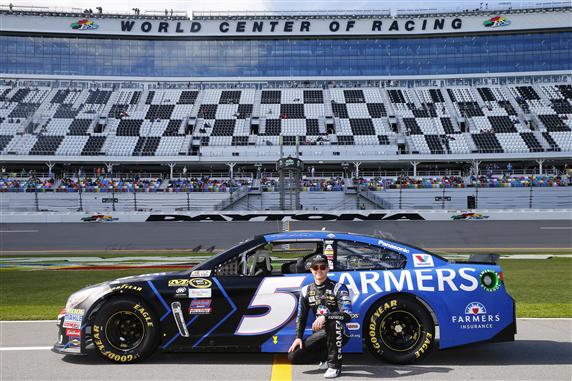 The 2017 NASCAR season is right around the corner. In order to get fantasy teams ready for the new season I decided to recap the 2016 season for my top 30 drivers and preview how I think they will perform this year. Each day I will post two driver previews until my No. 1 fantasy driver is revealed. I will continue my rankings with Kasey Kahne.

2017 PREVIEW:  Usually when a team finishes the season with fast cars they begin the next season with fast cars as well. It just takes some time for the other teams to catch up. Hendrick Motorsports had the best cars at the end of the 2016 season and they should be fast at the start of the 2017 season. I expect Kahne to get off to a fast start since he is good at Atlanta, Las Vegas, Phoenix and Kansas.

Everything will be the same for Kahne in 2017. Keith Rodden will serve as his crew chief and Farmers Insurance will be the primary sponsor.

Kahne was placed into Group B of Yahoo Fantasy. Fantasy players should not have a hard time using their nine allocations with the No. 5 car in 2017. Kahne will be a good choice at the 1.5-mile tracks early in the season (Las Vegas, Texas and Kansas), the two road courses (Sonoma and Watkins Glen) and at the two steep ovals (Bristol and Dover).

I expect Kahne to be priced around $21 in Fantasy Live. Since he has a problem leading laps Kahne does not have much value in this game. If his price falls under $18 I would consider using him, but I would not recommend paying over $20 for a driver who cannot lead laps.