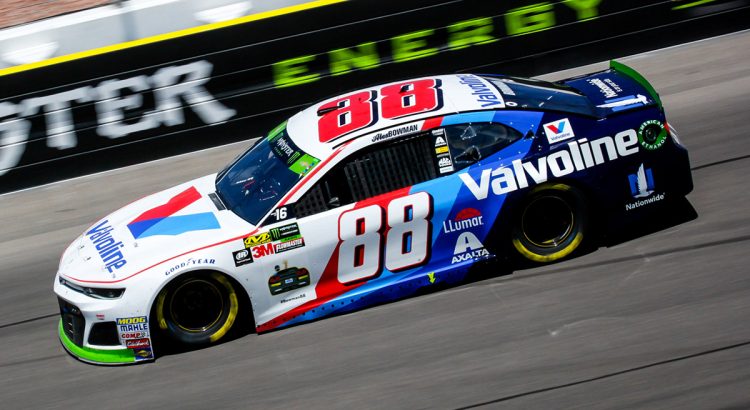 2019 RECAP: Alex Bowman had a good season in his second year in the No. 88 car for Hendrick Motorsports. Bowman found his way to Victory Lane for the first time in the Cup Series when he won the race at Chicago. It was a season of ups and downs for Bowman though. He started off slow (Bowman had an 18.3 average finishing position through the first 8 races), but he really heated up when the series headed to Talladega in the spring. Bowman finished three races in a row in second place (Talladega, Dover and Kansas). He then won the race at Chicago a month later. The playoffs did not go very well for Bowman. He finished 12th in the NASCAR Point Standings and he had a 19.1 average finishing position in the final six races of the season so he does not carry too much momentum into 2020.

2020 Preview: Alex Bowman enters his last year of his contract with Hendrick Motorsports. The team already knows they will have to fill the seat in the No. 48 car after Jimmie Johnson retires and I doubt they want to look for two new drivers for the 2021 season. As long as Bowman performs like he did last year, he should be back in the No. 88 car next year.

Bowman’s fantasy value in 2020 will depend on Hendrick Motorsports. The team has lacked the speed to keep up with Joe Gibbs Racing, Stewart-Haas Racing and Team Penske Racing for three years now. The reason for this had a lot to do with their top drivers retiring and other teams taking away their brightest minds in their garage. You cannot keep HMS down for too long. This could be the season Hendricks gets on par with the top three teams in the Cup Series. The word from the Chevy camp is that they really like the aero dynamics of the new Camero 1LE.

Alex Bowman was at his best on the Intermediate tracks in 2019. He finished 8 of the 13 races in the top 10, including his win at Chicago. Three of his best tracks are Charlotte, Kansas and Chicagoland Speedway. Make sure Bowman is in your lineups in season long leagues (Fantasy Live and the Driver Group Game) at these tracks and he will also be a good pick in DFS (Daily Fantasy Sports) if the price is right. Keep an eye on him at Michigan too. He finished both races in the Irish Hills in the 10th position last year. (Alex Bowman ranked 6th in fantasy points scored on the Intermediate Tracks in 2019)

Alex Bowman was not very good at the Flat tracks last year. His best finish was 14th at Loudon. He is known for his strong run at Phoenix when he filled in for Dale Earnhardt Jr. in 2016 but that was his only good finish at ISM Raceway. Bowman has a 25.2 average finishing position at Phoenix since his sixth-place finish in Earnhardt’s car. His average finishing position at Richmond is 25.6 so I would stay away from Bowman in Virginia too. There are better drivers for your fantasy team at the Flat tracks in 2020. (Alex Bowman ranked 25th in fantasy points scored on the Flat Tracks in 2019)

Alex Bowman has a lot of fantasy value at Dover. It should not be a surprise though because the Monster Mile is the best track for Hendrick Motorsports. Bowman finished second in the spring race at Dover and third in the fall. He should be on all fantasy teams when the Cup Series competes at Dover. Fade him at Bristol and Darlington. His average finishing position at those tracks is outside the top 20. (Alex Bowman ranked 11th in fantasy points scored on the Steep Tracks in 2019)

Alex Bowman is not the first driver that comes to mind when people think of Road Course racing but he has had some success. The best track for Bowman is actually the Charlotte Roval. He has finished second and fourth in his two races at the Roval. No driver is better. Bowman finished ninth and 14th in his two races at Sonoma with Hendrick Motorsports so he is an “OK” pick in Northern California. There are better choices for your team at Watkins Glen. (Alex Bowman ranked 9th in fantasy points scored on the Road Courses in 2019)