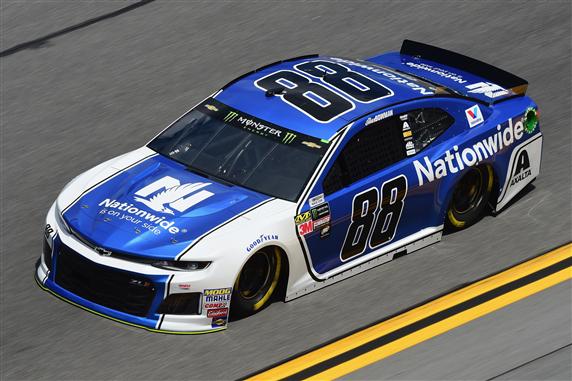 2018 RECAP: Alex Bowman had a decent season in his first year with Hendrick Motorsports. He finished 11 of the 36 races in the top 10 and secured a spot in the playoffs. His run for the title did not last long. Bowman ended up taking the last spot in the playoff standings. Hendrick Motorsports had a poor season and I expect them to bounce back in 2019. Another year to figure out the Chevy Camaro ZL1 car should be enough to keep Bowman’s fantasy value in the top 15. (Alex Bowman ranked 18th in fantasy points scored in 2018)

2019 Preview: The Chevy teams really got screwed over by NASCAR. The teams spent two seasons preparing the Chevy Camaro ZL1 car for the track. There were ways to manipulate the car using the claw inspection system and Team Chevy factored that into the design of the car. A month before the season began; NASCAR implemented the Optimal Scanning System (O.S.S.). This new laser inspection system took away all of the advantages Chevy was expecting to gain with their new chassis. They were back to square one with their car and it led Hendrick Motorsports to have its worst season in years.

Hendrick Motorsports should bounce back this season and Alex Bowman should continue to improve. He had some success at every type of track so he is a driver who could really take off in 2019. I plan to wait until the Cup Series returns from the west coast before I use Bowman at any of the down force tracks.

Alex Bowman is a driver that needs to be in all Driver Group Game lineups at Daytona. His results at Daytona are only average but Bowman is the best in the field at qualifying on the track and scoring bonus points for your fantasy team. Bowman qualified 1st and 2nd in his two races at Daytona last year. He was also able to lead laps in both races as well. His ability to score bonus points will really help your fantasy team at Daytona. Bowman has not been as good at Talladega. He qualified 7th and 11th in the two races last year and his average finishing position at the track is 28.14. Use Bowman at Daytona and fade him at Talladega.  (Alex Bowman ranked 10th in fantasy points scored on the Superspeedways in 2018)

Alex Bowman has a lot of value at the flat tracks (Phoenix, Richmond, Martinsville and Loudon) in 2019. The best race of his career came at Phoenix in 2016 when he filled in for Dale Earnhardt Jr. You can never count out Bowman in the desert. Last year he finished 7th at Martinsville, 11th at Loudon and 12th at Richmond. He will have more value in Daily Fantasy Sports (DFS) at these tracks then he will in season long games. Make sure Bowman is in your lineups at Phoenix and see how his 2019 season is going before using him at Richmond, Martinsville or Loudon.  (Alex Bowman ranked 17th in fantasy points scored on the flat tracks in 2018)

Most people think of Alex Bowman as a flat track expert but his best track last year was Bristol. Bowman finished 5th in the first race in Thunder Valley and came back to finish 8th under the lights. Bowman must be on all fantasy teams at Bristol. His success at Bristol has not translated into positive runs at Dover or Darlington. Bowman finished 23rd and 28th at the Monster Mile in 2018 and 23rd at Darlington. There are better choices for your team at these two tracks. (Alex Bowman ranked 20th in fantasy points scored on the steep tracks in 2018)