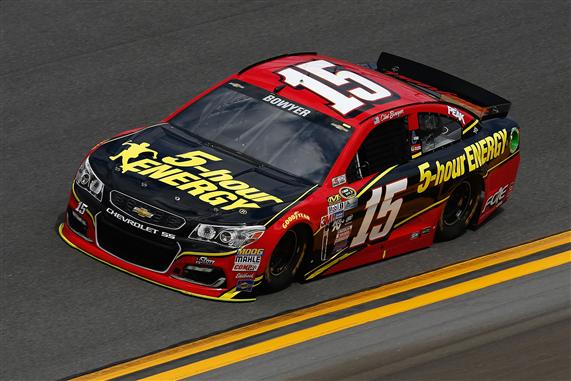 The 2017 NASCAR season is right around the corner. In order to get fantasy teams ready for the new season I decided to recap the 2016 season for my top 30 drivers and preview how I think they will perform this year. Each day I will post two driver previews until my No. 1 fantasy driver is revealed. I will continue my rankings with Clint Bowyer.

2016 RECAP: Clint Bowyer had a horrible season on the track. He finished 27th in the Point Standings. That was his worst finish of his career. Bowyer’s poor results had more to do with his team than it did with his ability to drive the car.

Bowyer was actually a good pick for Fantasy Live in 2016. He was one of the best drivers at position differential. The No. 15 team did not have the speed to qualify inside the top 30 on most weeks, but Bowyer had the skill to move into the top 25 once the race began. Luckily this will not be a problem in 2017.

I am not going to go over the stats for Bowyer in 2016 because they do not matter. The difference between the cars Bowyer drove last year and what he will have in 2017 are night and day. Bowyer is at his best at the Superspeedways (Talladega and Daytona), the short-flat tracks (Phoenix, New Hampshire and Richmond) and the road courses (Sonoma and Watkins Glen).

2017 PREVIEW:  Free Clint Bowyer!!! That was the chant I often heard in 2016. Finally fantasy players will get another option to choose from. Bowyer moves from H-Scott Motorsports to Stewart-Haas Racing. He will have Tony Stewart’s crew chief (Mike Bugarewicz) and will have Mobile One as the primary sponsor. No disrespect for Tony Stewart (I am a huge Smoke fan), but I think the addition of Bowyer to the Stewart-Haas Racing team will make them stronger in 2017.

Bowyer was placed into Group B of Yahoo Fantasy. He will be one of the more popular picks throughout the year. Fantasy players should have no problem using their nine allocations with Bowyer since he is good at most of the tracks. Fantasy players probably forgot that Bowyer can run well when he is in good equipment. Stewart-Haas racing should have fast cars in 2017 and I expect Bowyer to run as well as Tony Stewart over the summer months last year.

It will be interesting to see what Fantasy live decides to do with Bowyer. This game has a history of pricing drivers based upon their potential in the 2017 season and not on what they did last year. I expect Bowyer to be priced around $22. If so he will be a good but not great pick for your team. I would pick and choose the tracks where I decided to use Bowyer. He proved last year he could make his way through the field so whenever he qualifies poorly I would make sure he was on my team.