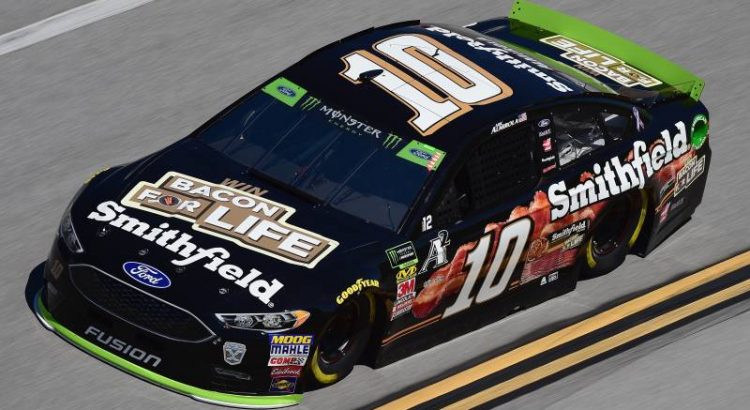 2019 RECAP: Aric Almirola got off to a hot start in 2019. After a 32nd-place finish in the Daytona 500, Almirola rattled off six finishes in the top nine. He was scored inside the top 10 of the NASCAR Point Standings heading into the spring race at Bristol. It was mostly downhill for the No. 10 after that. Almirola had a 17.5 average finishing position in the final 28 races of the season. The best tracks for Almirola were Texas, Atlanta and Las Vegas. He made the playoffs for the second consecutive season but he failed to make it out of the first round. Almirola is going to need to be more consistent in 2020 if he wants a return trip to the playoffs.

2020 Preview: Stewart-Haas Racing decided to shake up their crew chiefs for the 2020 season. Aric Almirola will now have Mike Bugarewicz calling the shots for the No. 10 car. Bugarewicz was the crew chief for Clint Bowyer last year and led his team to a ninth-place finish in the point standings. I do not consider the crew chief swap for the No. 10 and No. 14 teams to be a big factor in Fantasy NASCAR. Almirola is a good driver but the competition is a lot tougher this season with Christopher Bell, Cole Custer and Tyler Reddick entering the Cup Series. Other than his second-place finish at Texas, Almirola did not end the season with much momentum. The combination of young talent in the Cup Series and his performance in the playoffs is the reason for the drop in fantasy value in 2020.

Aric Almirola was at his best on the 1.5-mile ovals last year. He started the season with finishes of 8th at Atlanta, 7th at Las Vegas, 9th at Auto Club and 7th at Texas. He really ran well in the fall race at Texas too. Almirola qualified 6th, led 45 laps and finished 2nd. Almirola will be a good pick at Texas, Las Vegas and Atlanta again this season. These are three of his best tracks. His DFS (Daily Fantasy Sports) value will depend on where he qualifies. He was not a good pick when he qualified in the top five because he usually scored negative place differential points in those races.  (Aric Almirola ranked 12th in fantasy points scored on the Intermediate Tracks in 2019)

Aric Almirola has always been one of my go-to-drivers on the Superspeedways because of his ability to stay out of trouble. Almirola is one of the best picks in the field at Talladega. He has finished seven consecutive races at Talladega in the top nine, including a trip to Victory Lane in 2018. Almirola has been hit or miss at Daytona. He has a handful of top-10 finishes and a handful of finishes outside the top 30 in his home state of Florida. He is a must start in the Driver Group Game at Talladega, but Almirola will only have value in DFS if he qualifies poorly. (Aric Almirola ranked 8th in fantasy points scored on the Superspeedways in 2019)

Stewart-Haas Racing has been one of the best teams on the Road Courses, especially at Sonoma. Almirola has really improved in Northern California since he joined SHR. He finished eighth at Sonoma in 2018 and ninth last year. He also scored Stage Points in three of the four Stages. He has been decent at Watkins Glen and the Charlotte Roval but not good enough to use in your Fantasy NASCAR lineups. (Aric Almirola ranked 11th in fantasy points scored on the Road Courses in 2019)