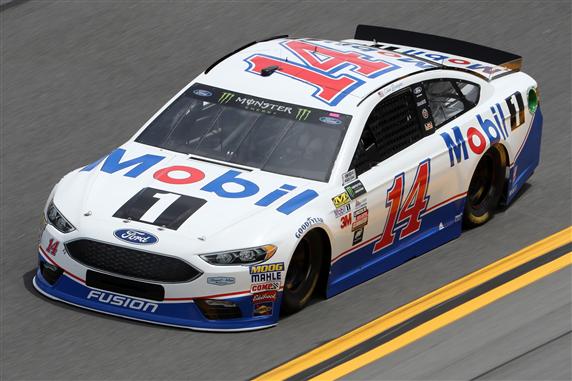 2017 RECAP: The 2017 season was a huge disappointment for Clint Bowyer. He missed the playoffs and finished 18th in the point standings. Bowyer ranked 15th in fantasy value, but most people expected a lot more from him. Bowyer had 13 finishes in the top 10 but he failed to win a race for fifth consecutive season. He only led 22 laps last year and his average finishing position was 15.5. I expected a lot from Bowyer in his first season at Stewart-Haas Racing. He was one of the drivers I over ranked before the 2017 season began.

2018 Preview: I am surprised that Stewart-Haas Racing did not make any changes to the No. 14 team following their 2017 season. I thought for sure the team would replace Mike Burgarewicz on top the pit box with a crew chief Clint Bowyer could work with. The two were about to fight each other after the race at Talladega in October. I am not sure that keeping all of the pieces in place will be the recipe for success for the No. 14 team. I expect Bowyer to make the playoffs in 2018 but he will be one of the last drivers in the field to do so. If he is going to break his 184 race winless drought, it could come at one of the Road Courses.

Clint Bowyer was good but not great at the Intermediate tracks (1.5-mile and 2-mile ovals) in 2017. He was much better at these tracks before the playoffs began. Bowyer had an average finishing position of 13.3 before the playoffs began and an average finishing position of 21.5 in the playoffs at the Intermediate tracks. The No. 14 team does not have a lot of momentum at these tracks heading into the 2018 season. He really struggled at Michigan. He finished both races outside the top 20. Bowyer has been good at Auto Club and Kansas. These are the only two tracks I would recommend using Bowyer at.

Clint Bowyer will be a good pick for your fantasy team at the Superspeedways (Daytona and Talladega). Bowyer ranked 13th in fantasy value last year. He had his best race of the season in July at Daytona. Bowyer qualified 11th and finished 2nd in the race. He did not have a lot of success at Talladega (finished 14th and 35th in the two races) but Bowyer has two wins at the track on his resume. I expect Bowyer to run well in both races at Daytona and he is worth consideration for your team at Talladega too.

Clint Bowyer has been pretty good at the Flat tracks (Phoenix, Richmond, Martinsville and Loudon) in his career. Bowyer ranked 10th in fantasy value at these tracks last year. He finished both races at Loudon in the 7th spot. Bowyer is always one of the drivers to beat at Martinsville. He finished 7th and 3rd in the two races at the paperclip-shaped track last year. Bowyer finished 13th in both races at Phoenix but Richmond was his worst Flat track. Bowyer had an average finishing position of 19.5 at Richmond. I recommend using Bowyer at any of the flat tracks. He is good at controlling his brakes and that is what it takes to turn fast laps at the Flat tracks.

Clint Bowyer was hit or miss on the Steep tracks (Bristol, Dover and Darlington) in 2017. Bowyer ranked 15th in fantasy value at these tracks. He finished 2nd in the spring race at Bristol and 6th in the fall race at Dover. He also finished 31st in the spring race at Dover and dead last in the race at Darlington. It will be hard to trust Bowyer at the Steep tracks in 2018. There are better drivers for your team and better tracks to use Bowyer at this season.

Clint Bowyer had his most success at the Road Courses (Sonoma and Watkins Glen) last year. Bowyer ranked 4th in fantasy value at these tracks. He finished 2nd at Sonoma and 5th at Watkins Glen. Stewart-Haas Racing has won the last two races at Sonoma (Tony Stewart in 2016 and Kevin Harvick in 2017). I am going to predict that Bowyer will end his winless drought at Sonoma in 2018. Sonoma ranks as his best track and the No. 14 team has been to Victory Lane before in wine country. Bowyer should also be on your fantasy team at Watkins Glen.