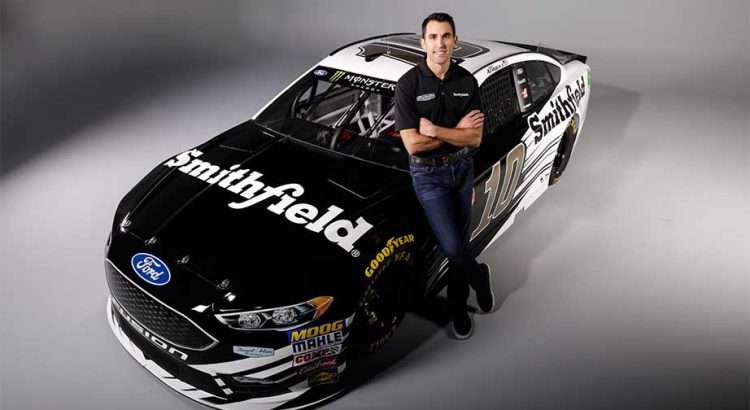 2017 RECAP: The 2017 season was the worst full season for Aric Almirola in the MENCS. He started off the season running well and entered the spring race at Kansas with back-to-back top-10 finishes at Richmond and Talladega. Almirola was involved in a HUGE wreck at Kansas and suffered broken vertebrae in his back. Almirola missed the next seven races and he could not get back the momentum he had before the accident. Almirola spent six seasons at Richard Petty Motorsports and their only success came in a trip to Victory Lane at Daytona in 2014. A change of scenery should be good for Almirola in 2018.

2018 Preview: Rumors of Matt Kenseth filling the seat in the No. 10 car at Stewart-Haas Racing began to surface when it was announced that Danica Patrick would not be returning to the team. It was a surprise to see the team announce Aric Almirola as the full-time driver in 2018. Almirola had a friendship with Tony Stewart since they were both at Joe Gibbs Racing. Stewart-Haas Racing had a hard time securing sponsorship for the No. 10 car and Almirola brings Smithfield with him to SHR. This may not be a popular pick as a driver but money talks in NASCAR.

The No. 10 car was horrible last year with Patrick behind the wheel. Almirola is one of the underrated drivers in the sport. I doubt he will consistently finish in the top 10 but he should be a significant upgrade over Patrick. Almirola will have a lot of fantasy value on the Superspeedways and the Flat tracks in 2018.

Aric Almirola only had one top-10 finish on the Intermediate tracks (1.5-mile and 2-mile ovals) last year. Usually when a driver in involved in a bad accident at a track they are gun-shy why they return to the track. That was not the case with Almirola. His only top-10 finish on the Intermediate tracks came when the series returned to Kansas. Almirola qualified 25th and finished 9th. I expect Almirola to run a lot better at these tracks in 2018. My strategy will be to wait until the Charlotte race before I decide to use him. He will be safe to use on your fantasy team if he runs well at Atlanta, Texas and Kansas. I plan to fade him at the remaining Intermediate tracks if he does not run well early in the season.

Aric Almirola will be one of the drivers I plan to use in the Daytona 500. Almirola ranked 21st in fantasy value at the Superspeedways (Daytona and Talladega) last year. I have a feeling he is going to start his career at Stewart-Haas Racing with a top-10 finish at Daytona. Almirola finished fourth in the Daytona 500 last year and he has three consecutive top-10 finishes at Talladega. He is one of the best sleeper picks in the game at these tracks and Almirola should be in your fantasy lineup.