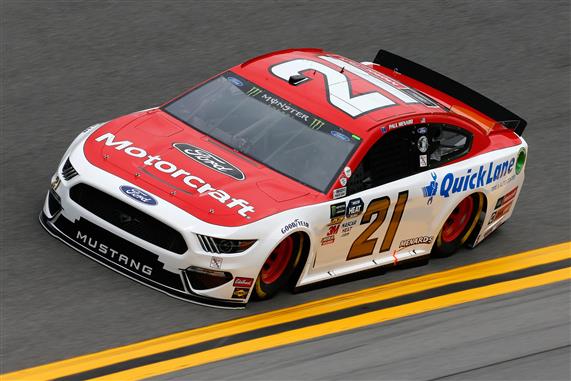 2019 RECAP: Matt DiBenedetto once again bet on himself and he won. DiBenedetto drove the No. 95 car for Leavine Family Racing and while the team had an alliance with Joe Gibbs Racing; it was not as tight of an alliance as the team will have this season with Christopher Bell behind the wheel. DiBenedetto was one of the biggest surprises in Fantasy NASCAR last year. He led 49 laps in the Daytona 500 and he finished 4th at Sonoma, 5th at Loudon, 6th at Watkins Glen, 8th at Darlington and 7th at Dover. No one expected him to finish that many races in the top 10.

2020 Preview: Matt DiBenedetto will replace Paul Menard in the No. 21 car for the Wood Brothers in 2020. What is interesting about this is that Paul Menard handpicked DiBenedetto to replace him in his seat. That shows the respect that DiBenedetto has in the garage. DiBenedetto signed a one-year contract so once again he is going to have to rely on his skills behind the wheel to keep him in the Cup Series. DiBenedetto will have Greg Irwin as his crew chief and Menards will remain as the primary sponsor on the car. The team will also have a close alliance with Team Penske. This should be a breakout season for DiBenedetto. He is a good pick to win one of the races at Bristol.

Matt DiBenedetto was much better on the short tracks than he was on the Intermediate tracks last year. He did show some improvement in the second-half of the season though. DiBenedetto had a 29.8 average finishing position in the first 5 races on the 1.5-mle tracks and a 17.2 average finishing position in the last 5 races on the 1.5-mile tracks. I would take a “wait and see” approach with DiBenedetto in 2020 before I use him on the Intermediate tracks. If he performs well at Las Vegas, Atlanta and Homestead; I will feel comfortable using him at Texas, Kansas and Charlotte. (Matt DiBenedetto ranked 24th in fantasy points scored on the Intermediate Tracks in 2019)

Matt DiBenedetto did not run well in the spring races at the Flat tracks but he really found his rhythm in the summer and fall. DiBenedetto qualified 7th and finished 5th at Loudon. The race at the Magic Mile was one of his best races of the season. He also finished 14th at Richmond, 16th at Martinsville and 13th at Phoenix. That is not bad considering the car he was driving. I look for DiBenedetto to improve on these finishes in 2020. I plan to use DiBenedetto on the short tracks and fade him on the larger ovals. (Matt DiBendetto ranked 16th in fantasy points scored on the Flat Tracks in 2019)