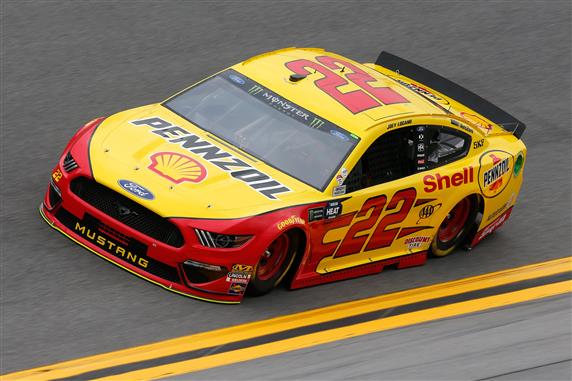 2019 RECAP: Joey Logano won the 2018 NASCAR Cup Series Championship but he found out that repeating as the champ is not an easy feat to accomplish. Logano did have a good season. You could even argue that he had the best season in the Cup Series. His two Cup Series wins were a lot less then the seven that Martin Truex Jr. had, but Logano was the only driver to finish every race. No crashes and no mechanical failures. That is impressive and it is what you want from a driver leading your fantasy team. Logano is one of the most consistent drivers in the garage. He enters the 2020 season with momentum after finishing the final four races in the top 10.

2020 Preview: Can Joey Logano win his second NASCAR Cup Series Championship at age 30 (He is 29 but turns 30 during the season)? I think it will be a battle between Logano and Kyle Busch. Logano is more consistent than Busch but the No. 18 car visits Victory Lane more often. Logano will have a new crew chief this year. Paul Wolfe replaces Todd Gordon on top of the pit box. Logano is excellent at describing exactly what changes he needs to his car after practice. Wolfe is excellent at mapping out strategy during the race. This combination should lead to more wins and give Busch a serious run for his money as the top driver in the Cup Series.

When using Logano on your season long (Fantasy Live and the Driver Group Game) or DFS (Daily Fantasy Sports) lineups, make sure it is at the Intermediate tracks, Flat tracks or Superspeedways. Logano has not had much luck recently on the Steep tracks and the Road Courses. Also, be sure to use him early in the season. Logano has been the king of the West Coast races.

Joey Logano is the best driver in the Cup Series at the Superspeedways. It does not matter if the race is at Daytona or Talladega; Logano will be the favorite to win. He has three wins at Talladega and a Daytona 500 trophy on his resume. He consistently runs up front, leads laps and finishes in the top five. Last year he was even able to win the pole in the July race at Daytona. Logano is the best pick for your season long games at the Superspeedways but he often qualifies to well to be used in DFS. If the No. 22 car starts outside the top 15, he must be in all DFS lineups no matter what his price is. (Joey Logano ranked 3rd in fantasy points scored on the Superspeedways in 2019)

If you want to use Joey Logano in your fantasy lineups at the Flat tracks, it needs to be at Richmond. That is by far his best Flat track. Logano qualified third, led 52 laps and finished second in the spring race at Richmond. His average finishing position in the last three spring races at the track is 2.6. That is outstanding. He also has a history of running well at Loudon. Logano has finished eight of his last nine races in the top 10 at his home track in New Hampshire. Logano has been hit or miss at Phoenix so you will want to see how his speed is in practice before using him in your fantasy lineups. Also, do not forget about Logano at Indianapolis. The Brickyard is one of his best tracks. (Joey Logano ranked 7th in fantasy points scored on the Flat Tracks in 2019)

None of the Steep tracks rank in the top 10 for Joey Logano. He has had some success at Bristol and Darlington but he is too inconsistent to be relied upon in your fantasy lineups. Dover ranks as his one of his worst tracks. Logano has a 16.1 average finishing position in his last six races at the Monster Mile. There are better picks for your fantasy team at Dover and Logano is too inconsistent to be relied upon at Bristol. (Joey Logano ranked 16th in fantasy points scored on the Steep Tracks in 2019)