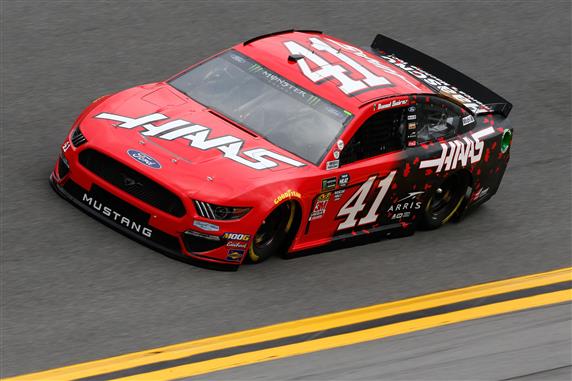 2019 RECAP: Cole Custer made a major leap in the Xfinity Series in 2019. He went from winning one race in 2017 and 2018 to finding the checkered flag seven times last year. Most of his wins were on the Intermediate tracks so we will have to keep that in mind for the 2020 Cup season. Custer showed a lot of consistency too. He finished 24 of the 33 races in the top 10. The Superspeedways were not his friend. He crashed at both Daytona and Talladega. After making three starts in the Cup Series in 2018, it was a surprise that Stewart-Haas Racing did not find a seat for Custer in 2019. He is a smart driver in good equipment so the transition to the top level of NASCAR should not be too difficult for him.

2020 Preview: Cole Custer will replace Daniel Suarez in the No. 41 car for Stewart-Haas Racing. Crew Chief Mike Shiplett will move with Custer from the Xfinity Series to the Cup Series. Custer has competed in three cup races and never finished in the top 25. He ran the Rick Ware Racing Fords in those races and there is a big difference between Rick Ware Racing cars and Stewart-Haas Racing Fords. Custer should be at his best at the Intermediate tracks. He is especially good at Atlanta, Auto Club, Homestead and Chicago. Custer spent a lot of time working with Kevin Harvick to improve as a driver. It is no shock that some of his best tracks are also Harvick’s best tracks. I expect the two drivers to work closely in 2020 and Custer could easily make me look like a fool for ranking him 21st this season.

The weakness for Cole Custer is the Superspeedways. He has competed in nine Xfinity Series races on the Superspeedways and he only has one finish in the top 10 (Custer finished ninth at Talladega in 2018). His average starting position in these races was 16.2 and his average finishing position is 22.8, so Custer was not a good source of place differential points for your DFS lineup. I expect Custer to lineup up with his Stewart-Haas Racing teammates and follow them around the track. This should help his fantasy value because the SHR drivers usually run up front. I would use other drivers in season long games (Fantasy Live and the Driver Group Game) but he is worth a pick in DFS if he qualifies outside the top 20 at the Superspeedways.

Cole Custer dominated the spring Xfinity Race at Richmond last year. He qualified fourth, led 122 laps and won the race. Custer also has experience in the Cup Series at Richmond since he competed in the Cup Series race in 2018. ISM Raceway (Phoenix) is also a good track for Custer. He has competed in six Xfinity Series races at the track and he finished his last five in the top 10 (Custer has an 8.3 average finishing position at ISM Raceway). Do not sleep on Custer at Loudon too. He has never finished outside the top 10 in the Xfinity Series at the track. Custer will be a good pick for DFS if the price is right and he will have a lot of value in the Driver Group Game since he qualifies and runs so well at these tracks.

Cole Custer was the best driver in the Xifnity Series at Dover last year. He won the fall race at the Magic Mile and led 155 laps and finished third in the spring. Custer was good but not great in his Xfinity Series races at Bristol. His average finishing position in Thunder Valley is 13.1 but he does have four finishes in the top 10. The best way to make quick laps at Darlington is to run as close to the wall as possible without knocking down the fence. Few drivers do it as well as Custer. He will have a lot of fantasy value in all games at Darlington and he can be considered for the races at Dover as well.

Rookies usually struggle on the Road Courses but Cole Custer could have some success in 2020. Custer has competed in 12 Road Course races in the Xfinity Series and he finished 10 of them in the top 10. Custer’s allocations will be too important to be used at the Road Courses in the Driver Group Game and there are better choices for Fantasy Live. He could be a sneaky good pick in DFS if Custer qualifies poorly and has a good chance to score place differential points.