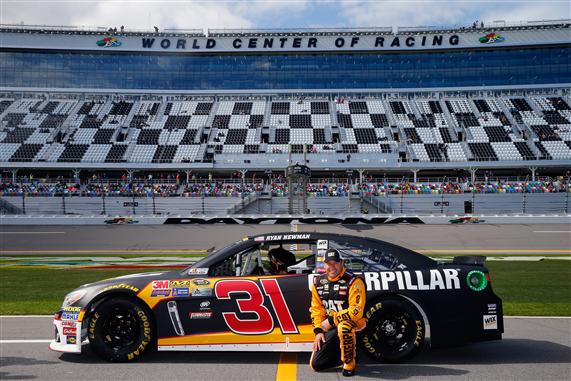 2017 RECAP: After missing the playoffs in 2016, Ryan Newman bounced back with a win at Phoenix and secured his spot in the 2017 playoffs. He was not much of a factor in the playoffs though because he could not consistently finish in the top 10. Newman had some races last year where he looked very good. He was one of the best drivers on the Superspeedways. He finished 5th at Daytona and 2nd at Talladega. He was also good at the flat tracks. Newman won at Phoenix, finished 8th at Martinsville and in the top 7 in both races at Phoenix. 2017 was not a great season for Newman but he did have fantasy value if you used him at the right tracks.

2018 Preview: I doubt we will see a significant improvement from Ryan Newman in 2018. He is 40 years old and the MENCS has favored the younger drivers. Newman will once again be driving the No. 31 car for Richard Childress Racing. The team will be the same as last year. The only exception will be that Chevy will race the Camaro chassis in 2018. The reports from the wind tunnel are positive about the new car. Most people think that it will have the same downforce advantage that Toyota had last year. This should help Newman in 2018 but not enough to make him a top-15 driver.

Ryan Newman only had three finishes in the top 10 on the Intermediate tracks (1.5-mile and 2-mile ovals) last year. He ranked 21st in fantasy value at these tracks. The best race for Newman came at Michigan where he qualified 25th and finished 4th. Newman usually runs well at the 2-mile ovals (California and Michigan). He is good at searching for a groove for his car to run well in. I would recommend using him at these two tracks and he can be an option at Las Vegas and Charlotte as well.

Ryan Newman is a formal Daytona 500 winner and he proved last year he still has the skills to finish up front on the Superspeedways (Daytona and Talladega). Newman ranked 16th in fantasy value at these tracks in 2017. Most drivers tried to run up front in order to score Stage points. Newman had an average running position of 28th in these races and his strategy of running in the back until the end of the race paid off. He finished 5th at Daytona and 2nd at Talladega. He will not be a good option for Fantasy Live though because he refuses to run up front to score Stage points.

Ryan Newman has always been considered one of the best at the Flat tracks (Phoenix, Richmond, Martinsville and Loudon). Newman ranked 12th in fantasy value at these tracks last year. He won the race at Phoenix last year but it was not because he had the most dominant car. Newman played the fuel millage game and it paid off. His best track was actually Richmond. He finished 7th in the spring race and 3rd in the fall. Martinsville is one of the hardest tracks to make a pass at and Newman is one of the hardest drivers to pass. He has a lot of fantasy value at Martinsville and he is worth a spot on your team at Richmond as well. I would wait and see how he is performing in the new Camaro before I chose him for Phoenix or Loudon.

When most people think of Ryan Newman the first thought that comes to their mind is not “great road course driver”. Newman is actually pretty good at Sonoma. He has finished three of the last four races in Wine Country in the top 11. Newman is also very good at scoring position differential points in these races. Newman will have fantasy value in DraftKings and Fantasy Live at Sonoma but I would fade him at Watkins Glen.